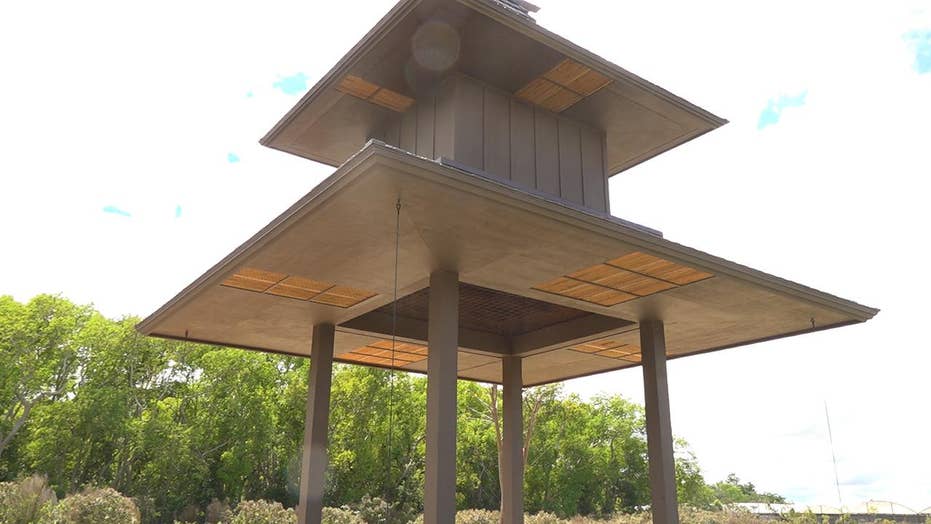 MIAMI –– South Florida’s expanding population is putting a strain on some the area’s first residents -- the bonneted bats.

Called one of the world's rarest bats, the animal is a federally endangered species that is unique to Florida. At night, it feeds on insects. During the day, it sleeps beneath barrel-tile roofs, in live and dead palm trees and pine tree cavities. They are about the size of an iPhone, and are known to fly high and fast.

But Florida's changing landscape has put the bonneted bat population at risk. As new development bulldozed pineland they called home, the number of bonneted bats dwindled.

“They need help too because they're creatures of nature and they have far less habitat with each year that goes by because they keep on cutting trees down left and right,” said Bruce Chesney, founder of the Patch of Heaven Sanctuary.

Bonneted bats are brown in color and the size of an iPhone at rest. (Zoo Miami)

The small bats were officially listed as a federally endangered species in 2013.

"Now, the question is, what do we need to do to get them to recover?” said Dr. Frank Ridgley head of conservation and research at Zoo Miami.

Biologists believe they have the answer.

Executives of the Patch of Heaven Sanctuary, a nonprofit organization dedicated to creating habitats for wildlife, in February finished building what they claim is the largest bat house in the world in an effort to save Florida’s high flyers.

“Nobody else is doing this kind of work. Not on this scale,” said Frederick Hubbard, the sanctuary’s executive director.

The University of Florida boasts large bat houses of its own. “According to the [UF] web site, they’re the biggest occupied bat houses in the world,” Hubbard told the Miami Herald. “Our bat house is technically bigger. We’re trying to get the wording right on that.”

Hubbard says the bats tend to form colonies, living together and procreating.

“There's usually a dominant male, a large male who establishes and claims these coveted kinds of spaces and then he tries to attract females and the females tend to then be attracted to a male who is going to defend the territory and keep a safe space for them,” Ridgley said.

Ridgley says the bats are vital to biodiversity and in fact helpful to humans.

“They're cleaning up our skies. They're providing all these services and … in some parts of the country, you know, bats literally provide billions of dollars of services to the residents,” Ridgley said.

Ridgley said it’s hard to know the history of the bats since they were only discovered as a unique species in 2004.

“There was very little known about this bat just about a decade ago. I mean they only knew of one place where they were roosting and it was a mystery across their whole range here in South Florida. Anything about them, you know, what kind of groups they had, what they need to survive. So there was a lot of intensive study going into answering some of these questions,” said Ridgley.

Ridgley estimates their population is now only in the hundreds, and technology is helping them to keep track. One device they use, an echo meter, plugs into a cell phone and identifies the type of bat and its location based off of sound.

“They do a type of echolocation and supposedly they have some recorded sounds that they're going to be able to put up into the bat-house that will attract them,” said Hubbard.

Creators claim this bat house at the Patch of Heaven sanctuary is the largest in the world.

Hubbard said that if their project accomplishes its aim, it may help rewrite the fate of these bats who have lost almost all of their habitat. For now, he said they are patiently waiting for the bats to rent out their space.

“Come home," Hubbard said. "Well, how do you tell a bat to come home, but I guess if you could, that is what we are up to.”