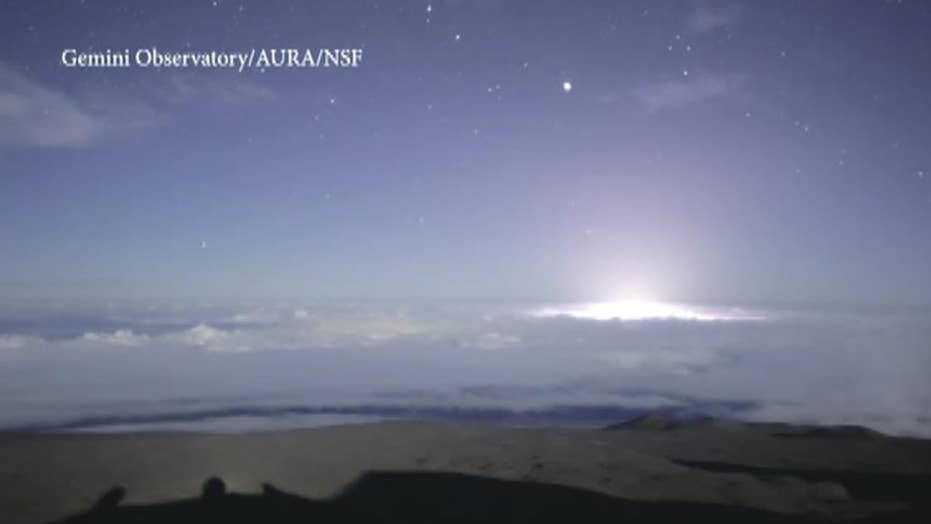 Time-lapse sequence shows glow from fissures in the area of Leilani Estates.

As lava continues to spew from Kilauea in Hawaii, the glow of the volcano over the course of a night was caught in a time-lapse video.

A Gemini Observatory camera situated above the clouds on Mauna Kea in Hawaii captured the images showing “the glow from an extensive region of fissures,” during the night between Monday and Tuesday, according to a news release from the observatory.

The time-lapse shows a number of fissures spewing lava near Leilani Estates on the Big Island of Hawaii, the observatory said, adding that “lava also flowed into the ocean during” the time period.

The observatory said its camera points towards Hilo but the town is mostly shrouded in clouds. The way the camera was set up allowed it to capture the illuminating “white/blue hue” instead of the anticipated red, the observatory noted.

“The camera used for the video utilizes a wide-angle lens on a relatively ordinary single lens reflex (SLR) camera with its infrared filter removed,” the observatory said. “This combination causes the volcanic glow to take on a white/blue hue rather than the familiar red color of the lava.”

Kilauea first erupted nearly three weeks ago and since then more than 20 fissures have opened up and dozens of structures have been destroyed.