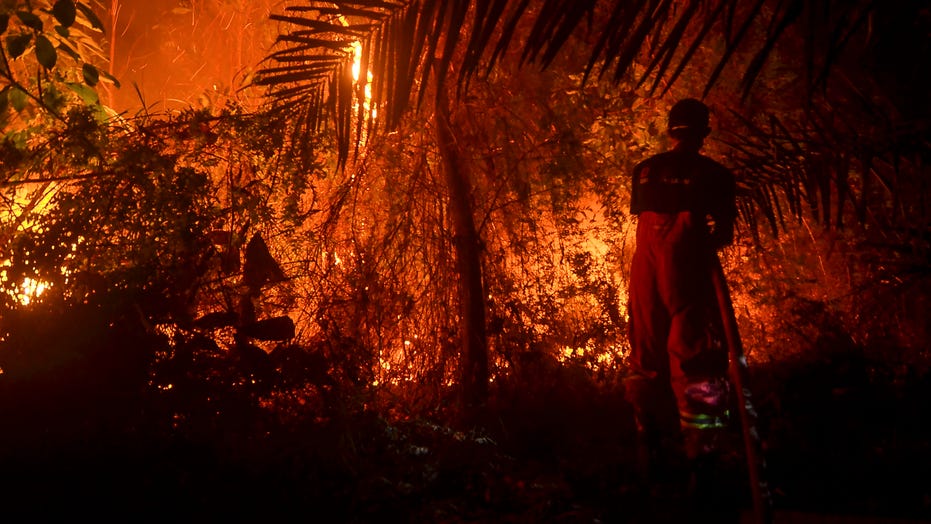 Skies over one province in Indonesia turned blood red over the weekend as a result of the country's widespread wildfires.

The annual fires in Indonesia are known to create a haze that blankets the entire region.

One resident in Jambi province, who captured pictures of the sky, told BBC News the haze had "hurt her eyes and throat."

According to Google Translate, the text in the tweet below says: "This afternoon is not night. This is earth not mars planet. This is not in outer space. It's us who breathe with lungs, not with gills. We humans need clean air, not smoke. Location: Kumpeh, Muaro Jambi"

MYSTERIOUS UNDERGROUND CONTINENTS MAY BE AS OLD AS EARTH

Koh Tieh Yong, a professor at Singapore University of Social Sciences, told the British news agency that this phenomenon, known as Rayleigh scattering, has to do with certain types of particles that are present during a period of haze.

"In the smoke haze, the most abundant particles are around one micrometre in size, but these particles do not change the colour of the light we see," he said.

"There are also smaller particles, around 0.05 micrometres or less, that don't make up a lot of the haze but are still somewhat more abundant during a haze period [than a normal non-haze period]... but this is enough to give an extra tendency to scatter red light more in the forward and backward directions than blue light - and that is why would you see more red than blue."

The fact the photos were taken around noon could have caused the sky to appear more red, he added.

Most of the fires are because of illegal slash-and-burn methods being used to clear farmland for cash crops. According to The Washington Post, the last time the fires were this bad, economic losses in Indonesia were estimated at $16 billion.

August and September are the height of Indonesia's dry season.