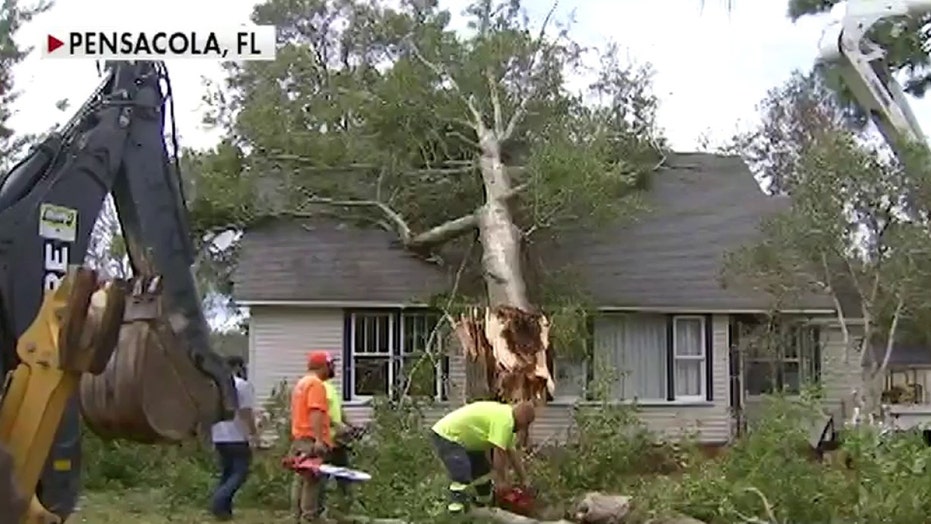 The devastating storm surge from Hurricane Sally that swamped the Gulf Coast last week has left thousands of starfish washed up on a beach in Florida.

“There are thousands and thousands of them,” he told the paper.

Video from the fire department shows them as far as the eye can see.

Thousands of starfish had ended up on the beach in Navarre Beach, Fla. after Hurricane Sally impacted the area last week. (Navarre Beach Fire Rescue)

"The species of starfish Astropecten articulatus, commonly known as the Royal Starfish is characterized by its bold colors," the group said on Facebook. "It has a purple granulated disk, which is the central region of the sea star, and the purple color continues to extend to its five flat rays, which are its arms."

According to WKRG-TV, currents and wave action after the storm have left a lot of animals living in the inner tidal zone washing up.

Other animals like clams and worms have been scattered on beaches among the starfish.

Parts of the Alabama coast and Florida Panhandle are still reeling from the effects of Hurricane Sally, which roared ashore on Wednesday.

A total of two deaths were blamed on the system.