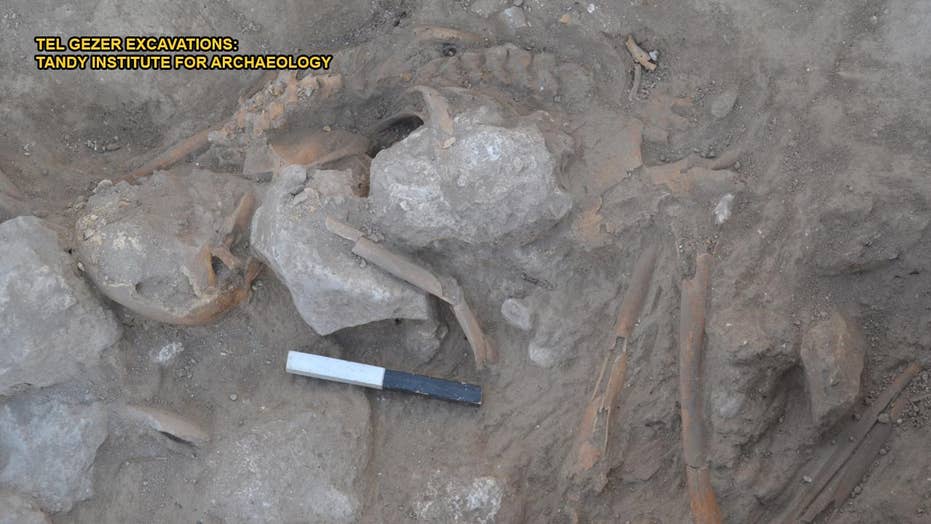 Archaeologists in Israel discovered the ancient bodies in the biblical city of Gezer, more than 3,000 years after its destruction by ancient Egyptians

Archaeologists in Israel discovered the ancient bodies in the biblical city of Gezer, more than 3,000 years after its destruction by ancient Egyptians.

The 33-acre Tel Gezer archaeological site is located in the foothills of the Judean Mountains in central Israel and continues to fascinate experts. The ancient city of Gezer is mentioned in the biblical account of King Solomon’s fortifications, as well as in several ancient Egyptian and Assyrian texts.

Excavations this summer revealed the remains of three people in a building destroyed by an ancient Egyptian army. “This past season we uncovered a building dating to the end of the 13th century BC that was violently destroyed,” explained Prof. Steven Ortiz, Professor at the Tandy Institute for Archaeology at Southwestern Baptist Theological Seminary, in an email to Fox News.

The destruction is associated with the “Merneptah campaign,” when the Egyptian Pharaoh Merneptah attacked Gezer, according to Ortiz, who co-directed the excavation with Samuel Wolff of the Israel Antiquities Authority. At the time of the attack, Gezer was part of the ancient Canaanite civilization.

The Israeli website Haaretz reports that the remains of two adults and a child, the latter wearing earrings, were discovered in a building in the south of the ancient city.

One adult and the child were found under a 3.3-foot layer of ash and burnt bricks in a room of the building, according to Haaretz. The adult, who was so badly burnt that the sex could not be determined, was lying on its back with its arms above its head.

Other artifacts found in the room include a table, storage jars, a grinding stone and a large earthenware jar.

The skeletal remains of the second adult were found beneath rubble in another room within the complex, Haaretz reports. Other items in that room included a 13th century B.C. amulet and cylinder seals.

The finds, Ortiz says, show the importance of the ancient city of Gezer and provide evidence of Egyptian military campaigns at the end of the late Bronze Age. The city was strategically located at a crucial crossroads guarding the pass from the coast up to Jerusalem.

The Tandy Institute for Archaeology has made 10 excavations at the site, starting in 2006, and  uncovered a King Solomon-Era palace last year.