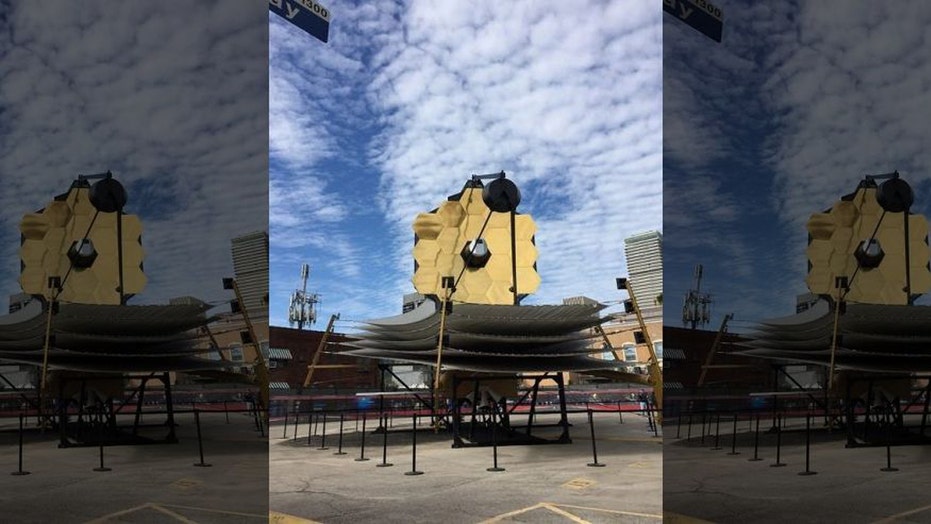 Football fans descending on Houston for Super Bowl LI are getting a fascinating glimpse into the future of space exploration.

Northrop Grumman is showing off a full-scale model of NASA’s James Webb Space Telescope at the Super Bowl Live festival in downtown Houston. About 70 feet long and 70 feet wide, the telescope will be used by scientists to boost our knowledge of the universe when it launches next year.

“We decided to bring NASA’s James Webb Space Telescope, this full-scale model out, because we wanted to inspire future generations of scientists and engineers," Northrop Grumman spokeswoman Connie Reese told Fox News. “It’s exciting to see families and people walk up, and sort of be in awe when they see this huge four-story model."

In 2002 NASA picked Northrop Grumman as the prime contractor to develop the telescope. The space agency’s Goddard Space Flight Center in Greenbelt, Md. is managing the project.

The telescope also has strong ties to Texas - it will undergo testing later this year at Johnson Space Center in Houston.