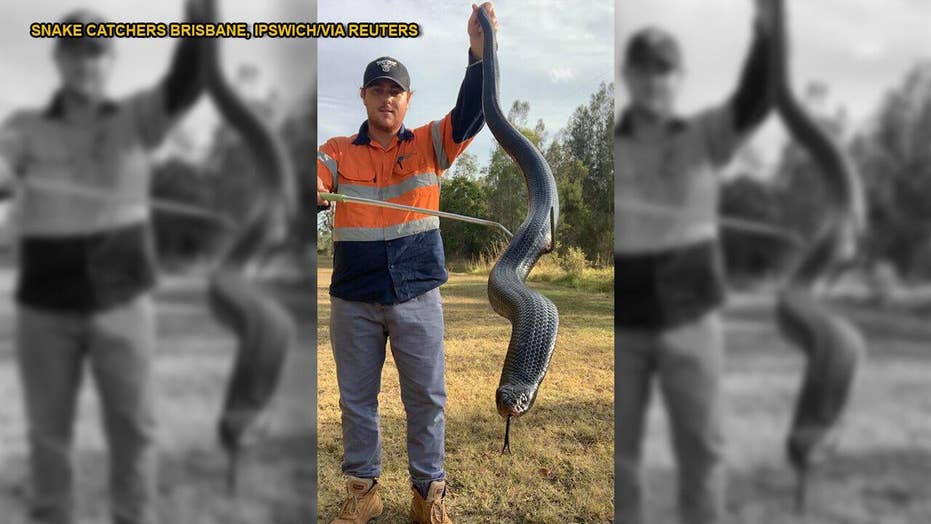 A snake catcher reportedly caught a venomous 6-foot snake at a rifle range on the outskirts of Brisbane, Australia. The snake is said to have slithered out of a creek system where it had been kept 'well-fed' thanks to fish and frogs.

A snake catcher in Australia has snared a huge red-bellied black snake, dubbed “Chonk” because of its sturdy appearance.

Reuters reports that the venomous 6-foot snake was caught by Bryce Lockett at a rifle range on the outskirts of Brisbane. Lockett told the news outlet that the snake slithered out of a creek system where it had been kept "well-fed" thanks to fish and frogs.

“Red-bellied Black Snakes are one of the most frequently encountered snakes on the east coast of Australia, and are responsible for a number of bites every year,” says the Australian Museum, on its website. “Despite the number of bites received every year, very few human deaths have resulted.”

The museum explains that many of the snake’s bite victims “experience only mild or negligible” symptoms, although some end up being hospitalized.

A large eastern brown snake was recently caught within 16 feet of a children’s playground in Australia.

Earlier this year, a mutant snake with three working eyes was found in Australia’s Northern Territory.