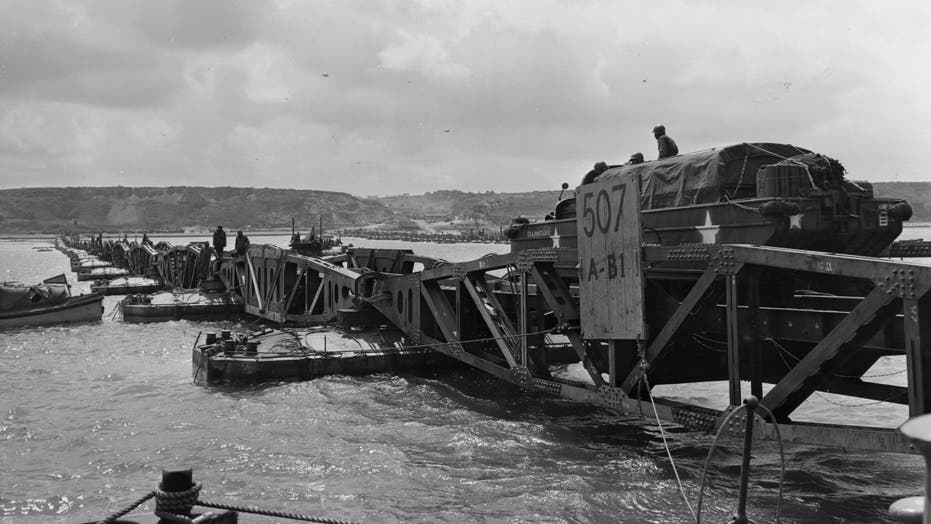 Heroes of D-Day: Veterans remember storming the beaches of Normandy

Veterans share firsthand accounts of Operation Overlord and the acts of heroism that set the liberation of Europe in motion.

The largest naval, air and land operation in history occurred 75 years ago. D-Day, as it is simply known today, was just one part of the larger Operation Overlord, the codename for the Battle of Normandy. While Allied airborne forces parachuted into drop zones across northern France, ground troops landed on five assault beaches – Utah, Omaha, Gold, Juno and Sword. The goal was to open up a second front to relieve pressure on the Soviet Union and also lead to the liberation of France and Western Europe. For the first time since 1940, the Allies would bring the fight back to Nazi Germany in Northern Europe.

When Allied forces landed on the Normandy coast as part of Operation Neptune their success hinged on several technological innovations. This isn't to say that the bravery of those involved should be understated, but without some key new technologies, the invasion may not have succeeded.

Past amphibious landings left a lot to chance, but everything from the location to land to the timing was based on scientific research.

"An interesting point about the technologies used by the Allied forces during D-Day is how closely their development mirrors approaches used today," Charles King, technology analyst for Pund-IT, told Fox News. "There were formal projects led by trained scientists and researchers, such as the tide prediction mechanism created by British mathematician Arthur Thomas Doodson, which was used to identify the precise days/times that the H-Hour landings for D-Day should take place."

Doodson had been working since 1942 to determine the ideal time for a landing, while Allied planners also consulted with meteorologists in the days and even hours leading up to invasion to make a determination on the weather conditions. O

n June 4 Group Captain James Stagg, the chief meteorological officer, who was working with data from weather stations in Canada, Greenland and Iceland, as well as from weather ships in and flights over the Atlantic, called for a last-minute delay. Allied Supreme Commander Dwight D. Eisenhower agreed and D-Day was pushed back a day.

German forecasters believed stormy conditions wouldn't weaken for at least a week. As a result, German Field Marshal Erwin Rommel, who had been tasked with defending the French coast, returned home to Germany for his wife's birthday.

The weather wasn't ideal on June 6, resulting in Allied paratroopers landing miles off target while rough seas caused some landing craft to capsize, but the Germans were caught off guard!

Anyone who has seen “Saving Private Ryan,” knows that the Allied soldiers didn't arrive at a port in France. Without a port facility, the Allies had to rely on a variety of landing craft and one of the most important was the LCVP (landing craft, vehicle, personnel), more commonly known as the "Higgins Boat" after its designer Andrew Higgins. Based on boats made for operating in swamps and marshes, and made primarily of plywood, the LCVP could operate in shallow water and carry around 36 men ashore.

A Czech hedgehog anti-tank obstacle and the landing craft, vehicle, personnel (LCVP) or Higgins boat used during Operation Overlord on D-Day, seen outside Normandy Victory Museum in La Fourchette near Carentan, just a few days ahead of the 75th Anniversary of D-Day. On Saturday, June 1, 2019, in La Fourchette, Carentan, Normandy, France. (Photo by Artur Widak/NurPhoto via Getty Images)

The boat's importance to the success of D-Day has earned it a place in the National Inventors Hall of Fame.

"The LCVP could operate in just 18-inches of water, and that made it flexible," Mike Oister, CEO of the National Inventors Hall of Fame told Fox News. "It wasn't just the design but Higgins' ability to produce the needed boats, and he did so in New Orleans. Higgins was aggressive and took on the larger shipbuilding companies in Baltimore and along the East Coast, and during the war, he relied on a fully integrated workforce of 30,000 people. That just wasn't happening at the time."

The Higgins Boats were vitally important in other invasions, notably across the Pacific. His contribution was noted years later by Eisenhower, according to Pund-IT's King. "Higgins produced 23,398 LCVPs during World War II, and in 1964 Eisenhower said, 'Andrew Higgins is the man who won the war for us’," King explained.

In addition to the beach landings, another 15,000 airborne troops played a major role in flanking the Germans and helped the amphibious landing to form a beachhead on the shore. Most of these men parachuted in, but more than 1,000 landed in gliders also made of plywood and fabric! The Horsa gliders, which were first produced in 1942, could deliver heavier equipment that couldn't be dropped via parachute but it was a rough ride for those onboard.

"The Allies had looked at how the Germans had used gliders earlier in the war, but even at D-Day it was a new and unfounded technology," said military history consultant Captain Dale Dye, USMC (retired).

"It wasn't perfect either, there were too many wrecks and too many casualties, but the Allies knew they had to get masses of troops inland," Dye told Fox News. "Another division of paratroopers wasn't an option, so it meant men had to go by glider. It wasn't easy, they had to survive the crash and then cobble together as a unit and get in the fight."

Getting the troops to Normandy and establishing a beachhead was quite literally just half the battle. Supplying those soldiers without a port took a considerable effort and that again is where innovation and ingenuity played a major role.

File photo - A double row of Horsa gliders flanked by Halifax bombers photographed in England before the invasion of Normandy. (Getty)

The British had learned valuable lessons a generation earlier in the First World War when it found supplying the troops at Gallipoli on the Turkish coast was difficult, to say the least.

As the Allies knew that it was unlikely that a harbor would be captured quickly in France – not to mention the fact that the Germans were expected to destroy any harbor facilities before they could be captured – the Allies opted to bring a harbor with them. The result was the Mulberry Harbours, which were created by sinking outdated ships – dubbed "Corncobs" – and by installing large concrete structures or "Phoenixes." From these floating roadways and piers – dubbed "Whales" – a type of pier was created.

"There were lessons from Gallipoli and Eisenhower certainly understood that the army needed to be supplied quickly," said Dye.

However, for all the hype, the artificial harbor really didn't live up to the job as expected. Many historians have said it was a success but that the efforts could have been used elsewhere.

File photo - 'Mulberry', the secret floating harbor being put to good use on Omaha beach in Normandy as a large truck drives over one of the pontoons. Mulberry was later destroyed by channel storms. (Photo by Keystone/Getty Images)

"The harbors are overrated for their impact on the invasion," said military historian John Coyne McManus, professor of military history at Missouri University of Science and Technology and author of “The Dead and Those about to Die: D-Day: the Big Red One at Omaha Beach.”

"The Allies were better at supplying the army on the beaches and moving inland," McManus told Fox News. "Of bigger importance was the Allied efforts to find beaches that would support tanks and other heavy vehicles."

HISTORY OF THE 'JEEP' IN PICTURES

The other technology created for the eventual breakout of Normandy was PLUTO (Pipe-Lines Under The Ocean), which was developed by Arthur Hartley, chief engineer of the Anglo-Iranian Oil Company. The goal was to lay a pipeline and pump the necessary fuel to keep the tanks and trucks moving, and while it has remained a great feat of military engineering the performance of PLUTO was disappointing. It only carried about 150 imperial barrels of gasoline per day – a fraction of what the Allied war effort required.

"The majority of the fuel came off ships," explained McManus.

A far bigger contribution to the Battle for Normandy was actually something not considered by the planners but showed true innovation. It was the metal "tusks" fitted to the Allied tanks, which allowed the vehicles to cut through the French hedgerows or “bocage,” the earth dikes that were covered with tangled hedges and bushes.

"It was just the type of technology that was developed on the fly," said Dye. "The Americans and British were able to innovate like that. They might not have always seen what they needed, but they found a solution. That's how we won not only in the landings, but eventually all the way to Germany."