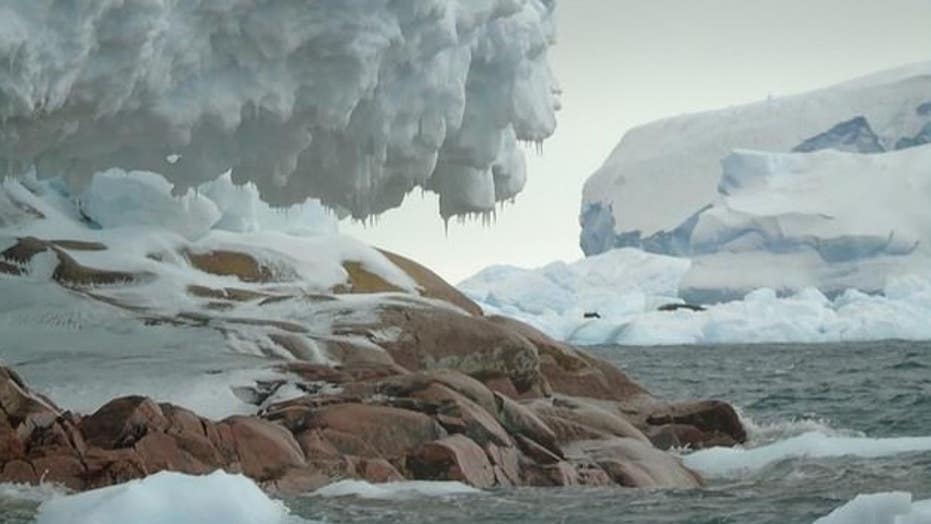 An Antarctic island that was once hidden has been uncovered after glaciers receding due to high temperatures revealed its shore.

Polar researchers from the Thwaites Offshore Research (THOR) project saw the island when their ship passed through the area. Thwaites glacier, also known as "Doomsday glacier," is one of the fastest-retreating glaciers in Antarctica.

The island, estimated to be 634,000 square feet or about the size of the U.K.'s Windsor Castle, is made of granite and has been buried underneath thick layers of ice.

"After being the first visitors, we can now confirm that Sif Island is made of granite and that it is covered by remnant ice shelf, and a few seals," Julia Smith Wellner, from the THOR expedition team, told The Daily Mail.

The new island has been called Sif by researchers. (UHEAS/Houston/Wellner)

"This one island could hold a lot of clues," University of Virginia in Charlottesville glacial geologist Lauren Simkins told Nature News. "Rapid rebound could increase stress on the remaining ice sheet, causing it to break apart more quickly."

Researchers want better understand the island and how it came to be uncovered by the time their trip finishes at the end of March.

"But a rising continental shelf could also anchor glaciers, increasing their stability and slowing their march to the sea," Simkins added.