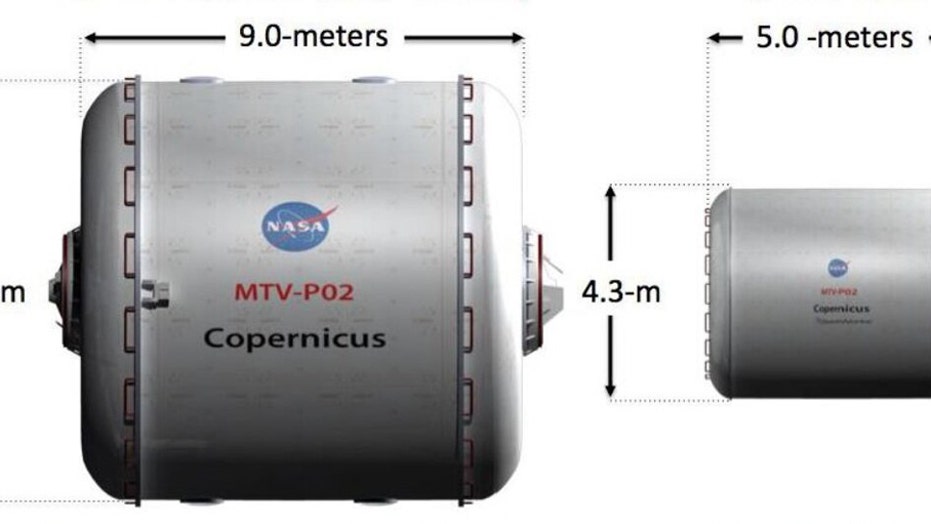 NASA is aiming to have astronauts land on Mars by 2035, but there may need to be drastic changes in how astronauts operate in space for that to happen. A new study suggests that hibernation may be the way to do it, provided the technology works.

The research, put forth by the European Space Agency, suggests that there would be substantial benefits for these future space missions, including smaller spacecraft.

"We worked on adjusting the architecture of the spacecraft, its logistics, protection against radiation, power consumption and overall mission design," said Robin Biesbroek of the ESA's Concurrent Design Facility in a statement.

A reference habitation module for a crewed Mars mission compared to its hibernation-based equivalent. (Credit: ESA)

"We looked at how an astronaut team could be best put into hibernation, what to do in case of emergencies, how to handle human safety and even what impact hibernation would have on the psychology of the team," Biesbroek added. "Finally we created an initial sketch of the habitat architecture and created a roadmap to achieve a validated approach to hibernate humans to Mars within 20 years."

"For a while now hibernation has been proposed as a game-changing tool for human space travel," SciSpacE Team Leader Jennifer Ngo-Anh said in the statement. "If we were able to reduce an astronaut's basic metabolic rate by 75 [percent] – similar to what we can observe in nature with large hibernating animals such as certain bears—we could end up with substantial mass and cost savings, making long-duration exploration missions more feasible."

THE 1ST HUMAN ON MARS MAY BE A WOMAN, NASA CHIEF SAYS

Though the idea has been seen in science fiction movies, the researchers said the hibernation of humans is already happening in the real world.

"And the basic idea of putting astronauts into long-duration hibernation is actually not so crazy: a broadly comparable method has been tested and applied as therapy in critical care trauma patients and those due to undergo major surgeries for more than two decades," Ngo-Anh added. "Most major medical centers have protocols for inducing hypothermia in patients to reduce their metabolism to basically gain time, keeping patients in a better shape than they otherwise would be."

The research can be read here.