Now that NASA's Perseverance rover has successfully landed on the surface of Mars, it can begin the next steps of its mission.

Perseverance -- affectionately known as "Percy" -- will search for and attempt to document proof of ancient microbial life on the red planet.

It will also collect and cache Martian rock and sediment samples for later return to Earth.

However, before NASA's most technologically advanced rover can embark on its two-year investigation of Mars' Jezero Crater, Percy must undergo several weeks of strenuous testing.

According to a Thursday news release, the robotic geologist and astrobiologist will begin by establishing its base functions and going through checks of its instruments and systems as it snaps images on its 19 different cameras. 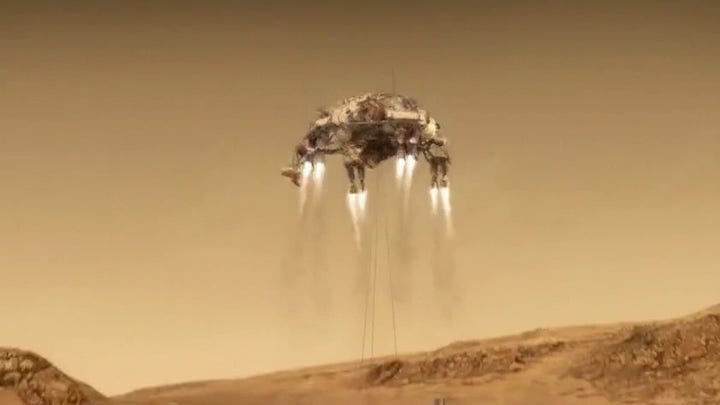 The testing process will take around five days to complete and then Percy will extend its robotic arm and take its first drive, according to Scientific American.

Perseverance is required to trek to a flat location that is within a 10-day drive of the initial landing site to unfurl and charge Ingenuity before liftoff. The helicopter can make up to five autonomous flights.

The conclusion of these five flights means that phase one of the mission is over and the NASA Jet Propulsion Laboratory's science team takes the helm.

In the hunt for biosignatures, Perseverance will collect its first samples -- leaving tubes on the surface to be retrieved by a future mission and returned to Earth as part of the Mars Sample Return campaign.

At that point, the rover's Mars Oxygen In-Situ Resource Utilization Experiment (MOXIE) will also attempt to produce oxygen from Mars atmospheric carbon dioxide, the Mars Environmental Dynamics Analyzer (MEDA) sensors will provide "measurements of temperature, wind speed and direction, pressure, relative humidity, and dust size and shape," and the Radar Imager for Mars’ Subsurface Experiment (RIMFAX) radar will provide a centimeter-scale resolution of the geologic structure of the subsurface and look for water-ice underground.

Perseverance landed in the 28-mile-wide Jezero Crater, which the Perseverance team believes was once flooded with water and home to an ancient river delta more than 3.5 billion years ago.

The hunt will likely utilize all of the rover's numerous instruments, including the Mastcam-Z and Supercam, which are used to provide both imaging and analysis of the surface's mineralogy and chemical composition.

Once scientists discover something they determine is interesting enough to examine, Perseverance will use the Planetary Instrument for X-ray Lithochemistry (PIXL) fluorescence spectrometer and high-resolution imager and the Scanning Habitable Environments with Raman & Luminescence for Organics and Chemicals (SHERLOC) spectrometer to map and assess mineralogy and organic compounds.

These tools are critical in the core selection process or sample caching system. 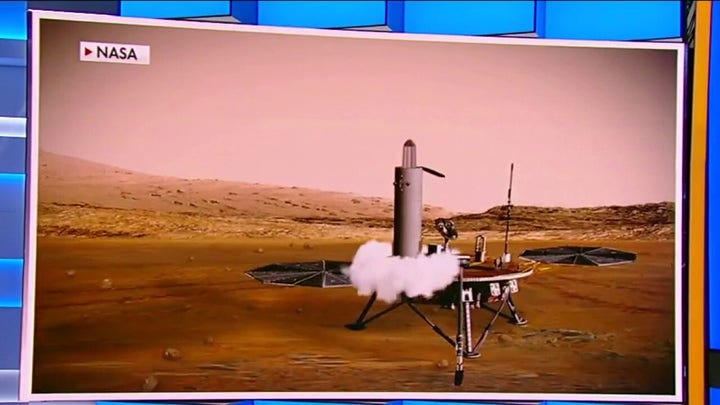 "An enduring hope of the science team is to find a surface feature that couldn’t be attributed to anything other than ancient microbial life. One such feature could be something like a stromatolite," NASA explained in a second post.

"On Earth, stromatolites are wavy, rocky mounds formed long ago by microbial life along ancient shorelines and in other environments where metabolic energy and water were plentiful. Such a conspicuous feature would be difficult to chalk up to geologic processes," the agency noted.

This is NASA's ninth mission to land on Mars and researchers say it will be critical for future space exploration and, eventually, human exploration of the red planet.

"This landing is one of those pivotal moments for NASA, the United States, and space exploration globally – when we know we are on the cusp of discovery and sharpening our pencils, so to speak, to rewrite the textbooks," NASA's acting Administrator Steve Jurczyk said in a release.

"The Mars 2020 Perseverance mission embodies our nation’s spirit of persevering even in the most challenging of situations, inspiring, and advancing science and exploration," he said. "The mission itself personifies the human ideal of persevering toward the future and will help us prepare for human exploration of the Red Planet."