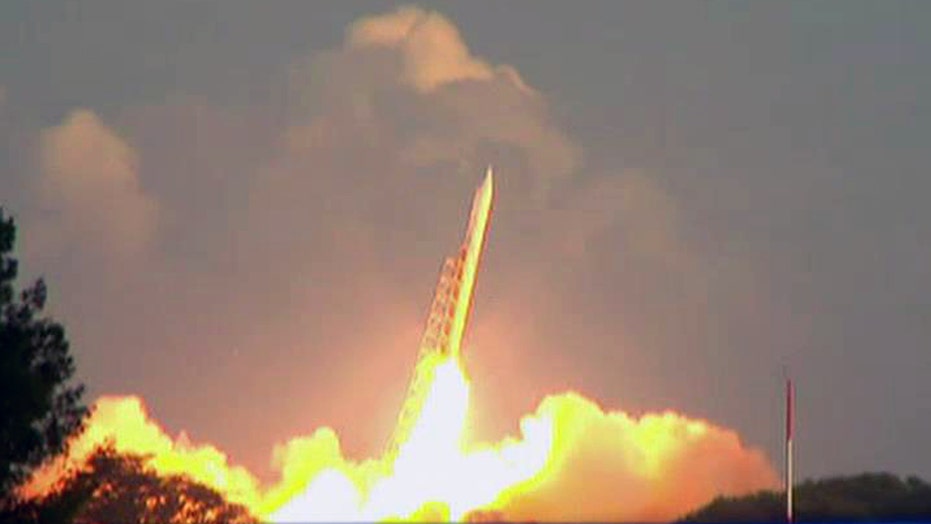 Air Force is investigating what caused the malfunction

Hawaii’s first satellite crashed back down to Earth shortly after liftoff when a rocket failed.

The Honolulu Star-Advertiser reports the Air Force confirmed the failure of the Super Strypi rocket at Kauai's Pacific Missile Range Facility on Tuesday. The rocket is designed to be a cost-effective method of launching smaller payloads.

The University of Hawaii is investigating the cause the failure.

The three-stage flight was scheduled to carry UH's HiakaSat satellite and 12 other more much smaller satellites. HiakaSat was designed to take images of Earth that could offer data on global warming, ocean temperatures and other environmental issues.

The flight was originally scheduled for October 2013, but was postponed several times due to technology and timing issues