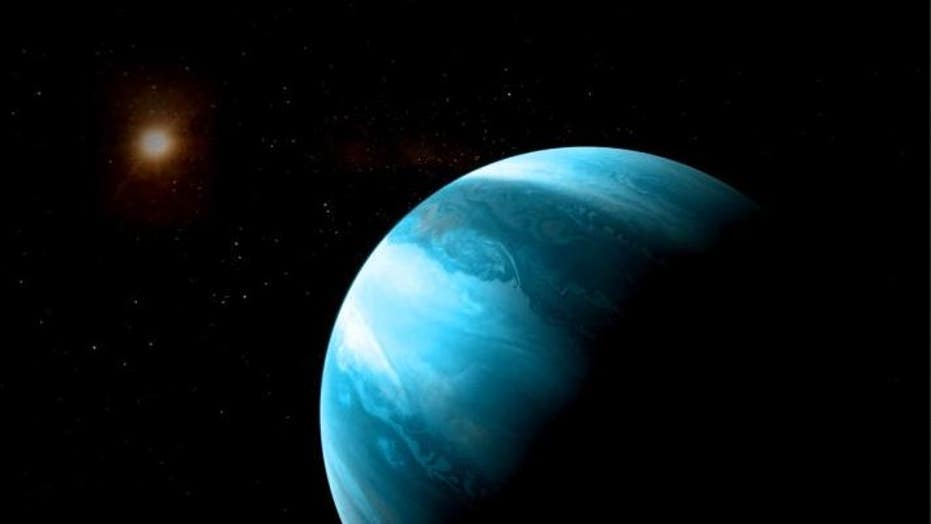 A giant, Jupiter-like planet has been discovered by astronomers in a unique place, orbiting a small red dwarf star.

According to researchers, who published their work on Thursday in the journal Science, finding such a large planet near a tiny star could force astronomers to rethink how planets form.

Red dwarf stars are the most common type of star in the universe and comprise more than 70 percent of those in the cosmos.

Scientists reportedly used astronomical observatories in Spain and California to analyze the red dwarf star GJ 3512, which is 31 light-years from Earth and about one-eighth the sun's mass.

This artist's illustration paints the Jupiter-like planet GJ 3512b as a cloudy, blue world in orbit around a red dwarf star. ((CARMENES/RenderArea/J. Bollaín/C. Gallego))

"The statistics of exoplanets found till now seem to indicate that low-mass stars typically host small planets like Earth or mini-Neptunes," Morales told Space.com. "The most accepted model of planet formation, the core accretion model, also points towards this direction. But here, we demonstrate the contrary — that is, we have found a gas giant planet orbiting a very low-mass star."

The researchers are continuing to monitor this system to learn more about its second potential world and perhaps even more planets, Morales said. Furthermore, they are examining another 300 or so red dwarfs to look for more exoplanets, he added.