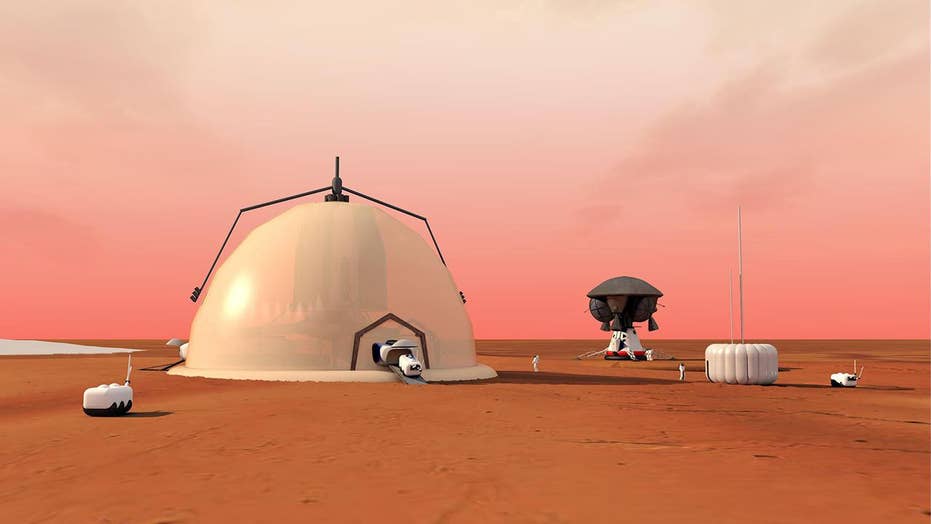 A new study has revealed a plan for humans to colonize Mars or any other planet in our solar system. The plan would consist of sending robots to build research bases for humans to later study and live on.

A new study reveals how humans could potentially colonize Marsand create a self-sustaining research base that could support manned missions for several years.

Scientists at Switzerland’s Ecole Polytechnique Federale de Lausanne (EPFL) came up with a multi-step plan, which involves sending a robot to the Red Planet to build the base, using the planet’s natural resources to maintain it, and sending a crew to its surface.

The researchers propose setting up a base at the north pole of Mars due to the natural resources in that region.

“The poles may pose more challenges in the beginning, but they are the best location for the long term since they harbor natural resources that we may be able to use,” Anne-Marlene Ruede, lead author of the study, said in a statement.

NASA WILL LAUNCH 2 ROCKETS TO TEST A MARS PARACHUTE

Ruede continued: “We wanted to develop a strategy based on technologies that have been selected accordingly and outline a test scenario so that 20 years from now, astronauts will be able to carry out this kind of mission.”

Their plans follows a NASA competition calling for different teams to submit 3-D printed habitats that they believe could be used to colonize Mars in the future.

The research base would consist of three different modules, according to scientists, and is described as a “minimal living space.”

A dome made of polyethylene fiber and a three-meter thick layer of ice would cover the structure, giving it the appearance of an igloo.

“The dome would also represent an additional living space, provide a second barrier to protect the crew against radiation and micrometeoroids, and help keep the pressure constant inside the base,” according to the study.

Additionally, researchers envision a crane system that would orbit the Red Planet to serve as a transfer point for goods between shuttles coming up from Earth.

However, before sending any humans to Mars, a robot crew would build the base and test all the available natural resources.

The researchers believe that the poles would be the most likely place to build a base, as traces of life are most likely to be found in ‘layered deposits’ of ice and dust near the poles.

“All that would make the research base self-sustaining for the long haul,” the study noted.