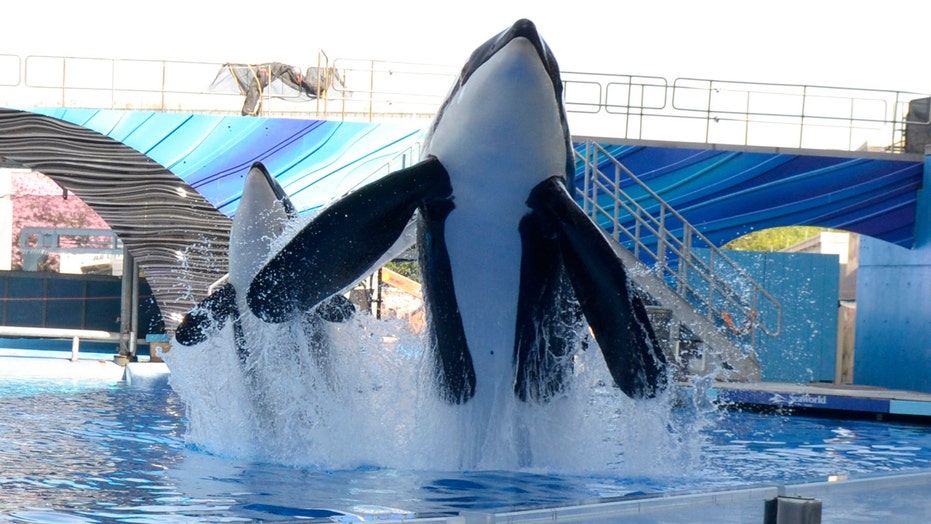 Fresh off a victory over SeaWorld and its controversial orca program, animal rights groups are zeroing in on zoos, aquariums and circuses -- and one prominent expert warns your dog and cat could be next.

A well-funded coalition of nonprofits finally broke SeaWorld, when the theme park chain announced in March it would phase out its popular killer whale program. Now the groups smell blood in the water – and on land.

“The tide is turning against SeaWorld and other aquariums and zoos,” Ashley Bryne, a campaign specialist at PETA, told FoxNews.com. “I think this is a sign of what’s to come.”

“Animal rights activists believe all animals, including your dog or cat, should have the same rights as people and be free; therefore they shouldn’t be in human care under any circumstances.”

In the announcement signaling the end of its orca program, SeaWorld Entertainment CEO Joel Manby acknowledged the animal rights groups’ success in changing the public's perception about animals in captivity.

"Society's attitude toward these very, very large, majestic animals under human care has shifted for a variety of reasons, whether it's a film, legislation, or people's comments on the Internet," Manby said. "It wasn't worth fighting that. We needed to move where society was moving."

Attendance at SeaWorld’s three parks began slipping in 2013 following the release of “Blackfish,” a highly critical documentary about the orca whale program. But the acclaimed film merely gave momentum to a broader, existing campaign that extends to Las Vegas acts, circuses and even the iconic horse-drawn carriages that tour New York City’s Central Park. Anywhere animals live in captivity, an increasing number of nonprofits have launched campaigns to stop the alleged mistreatment.

Americans may one day find the full agenda of animal rights groups hits even closer to home, said Jack Hanna, host of the syndicated “Jack Hanna’s Into The Wild” TV series and director emeritus of the Columbus Zoo and Aquarium.

“Animal rights activists believe all animals, including your dog or cat, should have the same rights as people and be free; therefore they shouldn’t be in human care under any circumstances,” Hanna said.

Hanna was a pioneer in the movement to reform zoos to mirror the natural habitats of the animals they housed, but said some of the aggressive anti-captivity groups don’t realize that responsible zookeeping goes hand-in-hand with conservation and protection. He has grown weary of the “us versus them” conversation between zoos, aquariums and animal rights groups.

“Having traveled the world, the only places I consider truly wild are Antarctica, parts of the Amazon and some places in Africa,” Hanna wrote in an email to FoxNews.com while in the jungles of South America. “Even in Africa, the ‘wild’ places tend to be national parks with guarded boundaries.

“Animals face many challenges, including habitat loss, poaching, severe weather, and war,” he continued. “The wild is not necessarily the idyllic place people imagine.”

A key phase of the battle over wilderness vs. captivity is playing out in courtrooms, where groups including PETA, which has an annual budget of $37 million, the Animal Legal Defense Fund and a host of smaller pro-animal groups advance their agenda with lawsuits alleging captivity is at odds with conservation.

Last month, the Connecticut-based Friends of Animals sued zoos in Texas, Kansas and Nebraska regarding 17 elephants that arrived by plane from the African country of Swaziland and were destined for zoos around the country. The charity initially demanded the elephants be flown back to Africa, saying captivity, no matter the conditions, was detrimental.

“The confinement really does stress and bore the heck out of very social and intelligent animals,” Priscilla Feral, president of Friends of Animals, told FoxNews.com.

Dallas Zoo President Gregg Hudson described the move as a “rescue mission,” saying the elephants were going to be killed to make room for rhinos at a reserve in the drought-stricken country.

Earlier this month, the charity dropped the lawsuit and pledged to work “with our experts on a plan to better inform the public and zoo patrons about the lives these animals will now have to live, and on formulating a strategy to prevent any future proposals to import wild elephants to zoos,” Michael Harris, the director of the Friends of Animals wildlife law program, told the Dallas Morning News.

Whether it was a victory for zoos or a battle to a draw, Hanna said animal rights activists and institutions that preserve and exhibit animals would do well to realize they have common interests. Zoos and aquariums protect species that are endangered, and typically spend a portion of their revenues on caring for animals in the wild.

“Together accredited organizations contribute $154 million each year to protect more than 775 species in 130 countries, including here in the United States,” he said.

In 2014, some 183 million people visited the 233 zoological institutions that form the Association of Zoos and Aquariums, according to spokesman Rob Vernon. He said the figure shows a small but steady uptick in annual attendance, which advocates say exposes more people to the cause of protecting animals and their habitat.

And despite zoos and aquariums coming under fire, they are expanding and investing in their facilities at a rapid rate, says Alan Sironen, a member of the Zoological Association of America. The focus should be on improving them, not eliminating them, he said.

“As we learn more and people know more about animals, the expectations on all levels – inside and outside zoos – are going to increase,” Sironen told FoxNews.com. “I think it’s going to make people think, there will be dialogue, there will be discussions [and] there will be improvements in the care of the animals moving forward.