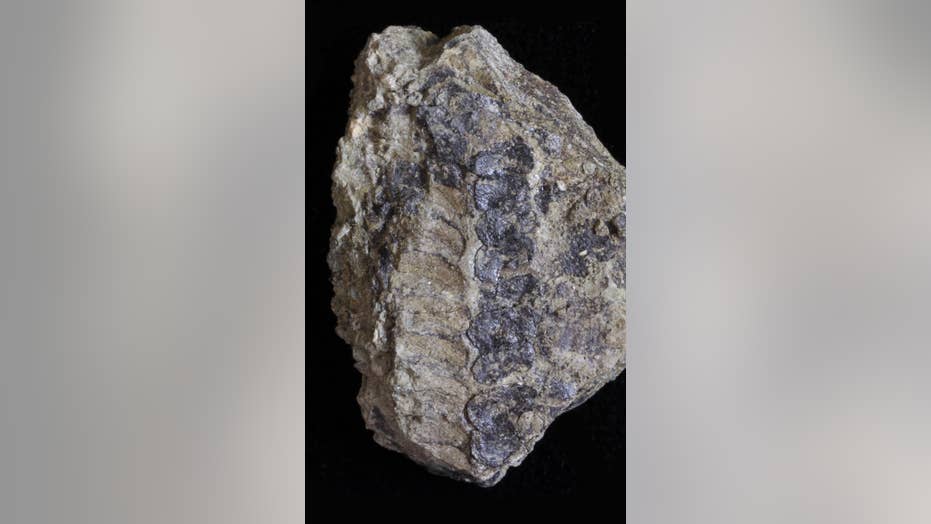 Researchers have discovered the fossilized 400-million-year-old remains of a new plant species in Canada that may give further insight into "evolutionary history," according to experts.

The research, published in the scientific journal Current Biology, looked at approximately 30 chips of rock that were excavated from the Campbellton Formation in New Brunswick. The extinct plant likely belonged to the group of plants known as herbaceous barinophytes and lived during a time when moss covered the ground, before eventually turning into forests.

"Usually when we see heterosporous plants appear in the fossil record, they just sort of pop into existence," said the study's senior author, Andrew Leslie, in a statement. "We think this may be kind of a snapshot of this very rarely witnessed transition period in evolutionary history where you see high variation amongst spores in the reproductive structure."

In this image of one of the new ancient species' reproductive structures, elliptical impressions of sporangia can be seen in one row, while on the right, another row displays preserved carbonized spore masses. CREDIT Andrew Leslie

THIS PRIMEVAL WORM MAY BE THE ANCESTOR OF ALL ANIMALS

The plant produced spores that ranged in size from about 70 to 200 microns in diameter – about a strand to two strands of hair – which surprised researchers, considering the state they were found in.

"It's rare to get this many sporangia with well-preserved spores that you can measure," Leslie added. "We just kind of got lucky in how they were preserved."

The discovery of the new species predates what was believed to be the oldest example of reproductive biology in plants by about 20 million years.

"These kinds of fossils help us locate when and how exactly plants achieved that kind of partitioning of their reproductive resources," Leslie explained. "The very end of that evolutionary history of specialization is something like a flower."

Leslie said the newly discovered ancient species, which will later be described in a follow-up research paper, is unlike anything currently on planet Earth.

"The overarching story in land plant reproduction is one of increased division of labor and specialization and complexity, but that has to begin somewhere - and it began with simply producing small spores and big spores," Leslie noted. "With these kinds of fossils, we can identify some ways the plants were able to do that."