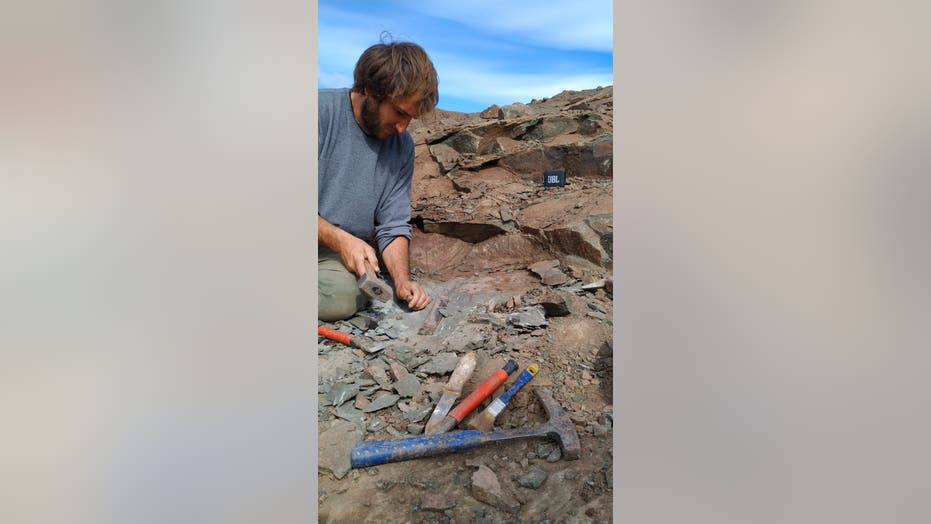 Fossils of one of the last remaining megaraptors, a carnivorous dinosaur with claws more than a foot in length, have been discovered in Argentina.

The discovery was made in Patagonia and is believed to be one of the last of its kind, prior to dinosaurs going extinct, according to a translated statement.

"These predators were characterized by a slender and light skeleton, a long tail surely used as a rudder, and powerful long legs capable of taking long steps during the race," the statement reads, adding the dinosaurs also had "huge arms" that ended in giant claws approximately 14 inches (35 centimeters) in length.

"This added to the enormous development of muscular inserts and the wide ranges of movements between certain elements of the arm indicate that they were the arms, the main weapon of these dinosaurs during hunting and not their jaws, as occurs in the famous Velociraptor or the Tyrannosaurus rex," the statement added.

The research team discovered vertebrae, ribs and parts of the dinosaur's chest and shoulders. They estimate the specimen was approximately 10 meters (33 feet) in length, which would make it the largest known megaraptor known to date.

The fossilized remains are approximately 70 million years old, near the end of "the age of the dinosaurs," the statement said.

The megaraptors are described as "extraordinary hunters" by the experts, spanning across modern-day South America, Asia and Australia during the Cretaceous period.

In an interview with Reuters, Fernando Novas, who led the excavating team of nearly 40 people, said megaraptors were slimmer and built for speed. Like Tyrannosaurus rex, they also had elongated legs to take long steps, Novas added.

A recently published study suggests T. rex had long legs that were beneficial for long, marathon walks to catch its prey, as opposed to all-out sprinting.