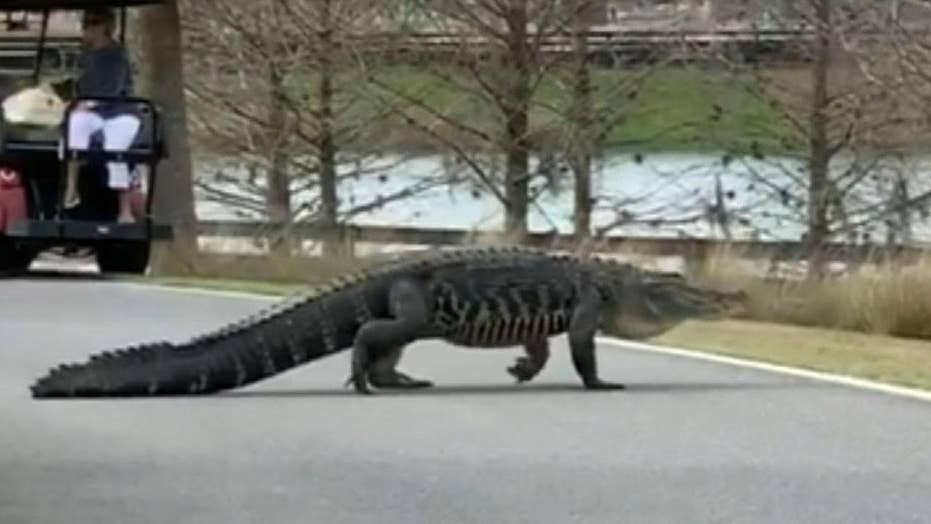 An alligator trapper in Tallahassee, Fla., recently recalled removing a 12-foot, nearly 500-pound alligator from a highway in Leon County.

Broderick Vaughan, who has trapped alligators for roughly a decade, per the Tallahassee Democrat, told the newspaper the gator was the “third biggest” he’s ever captured.

“That was a pretty big one and he wasn’t happy that we were trying to remove him,” Vaughan added.

The gator was reportedly hit by a semi-truck, injuring its snout. It was purportedly “stunned and walking in circles” when officials with the Tallahassee Police Department and the Florida Highway Patrol initially responded to calls about the creature, which was found near the Monroe Street exit. Vaughan arrived shortly after.

The gator was eventually loaded onto the trapper’s truck using a machine. Though it was removed from the area, the reptile was later euthanized due to “the severity of its injuries,” per the publication.