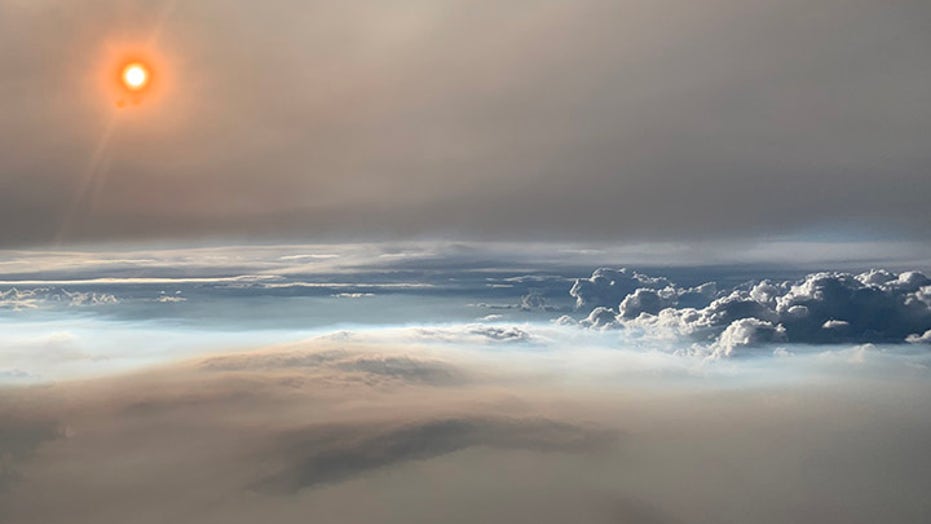 NASA has captured an eerie and rare image of a ‘fire cloud’ caused by a wildfire in eastern Washington State.

The phenomenon was caught on camera on Aug. 8 by atmospheric scientists aboard a modified Douglas DC-8 jetliner that NASA uses as a flying laboratory.

Fire clouds, or pyrocumulonimbus (pyroCb), are caused when fires send sufficient heat and moisture into the atmosphere to cause thunderstorms, according to NASA.

The space agency is working with the National Oceanic and Atmospheric Administration, or NOAA, on a project called Fire Influence on Regional to Global Environments and Air Quality (FIREX-AQ) to observe the impact on air quality and climate from wildfires and agricultural fires across the U.S.

The photo was captured at about 30,000 feet (5.6 miles) and shows the setting sun through thick smoke, according to NASA. “Particles in the smoke reflect light in ways that make the Sun appear orange,” it explained in a statement. “The photograph below shows the smoke plume (gray) that fed the pyrocumulonimbus cloud (white).”

“The views were absolutely stunning,” said David Peterson, lead forecaster for FIREX-AQ, who was in the cockpit of the DC-8 when the photo was taken, in a statement. “Very few photographs of large pyroCbs are available, especially from the air.”

“PyroCb are like large chimneys, transporting a large quantity of smoke into the lower stratosphere,” he added.