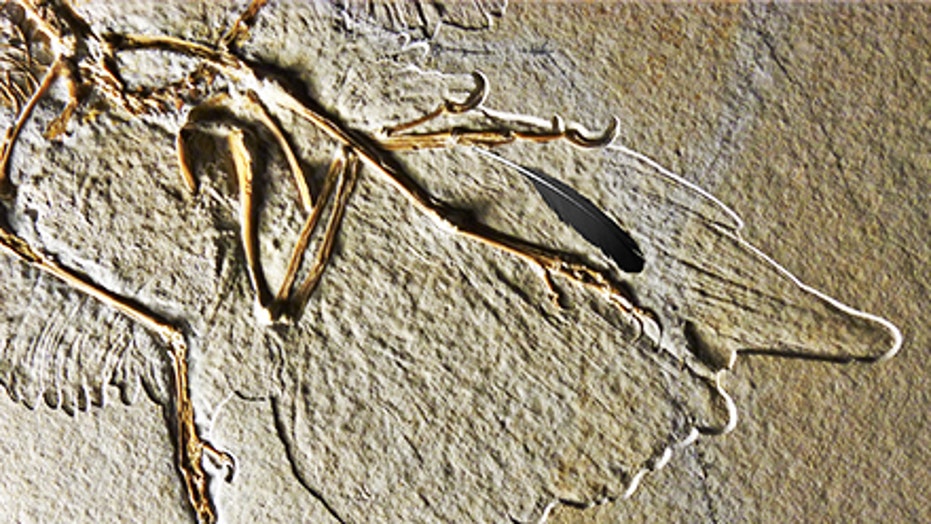 The first-ever dinosaur feather discovered does indeed belong to the archaeopteryx, according to a new study, putting an end to a controversy that has waged within the scientific community for more than 100 years.

The research compared the feather, discovered in 1861, with the fossilized remains of other archaeopteryx feathers. The experts determined its owner is no longer a mystery and it definitely belonged to archaeopteryx.

“There’s been debate for the past 159 years as to whether or not this feather belongs to the same species as the Archaeopteryx skeletons, as well as where on the body it came from and its original color,” said the study's lead author, Ryan Carney, assistant professor of integrative biology at the University of South Florida, in a statement. “Through scientific detective work that combined new techniques with old fossils and literature, we were able to finally solve these centuries-old mysteries.”

In 2019, the debate over what creature the feather belonged to was given new life after a study said it did not belong to archaeopteryx. Those researchers suggested it may have stemmed from a different feathered dinosaur that lived in the Solnhofen Archipelago in what is now Germany.

Fox News has reached out to the authors of the 2019 study with a request for comment.

Archaeopteryx was a transitional dinosaur that lived 125 million years ago and bridged the gap between non-avian feathered dinosaurs and modern-day birds.

Carney and the other researchers used a high-powered electron microscope to gather images of the feather, which they determined came from the bird's left wing.

"They also detected melanosomes, which are microscopic pigment structures," the statement added. "After refining their color reconstruction, they found that the feather was entirely matte black, not black and white as another study has claimed."

The study was published in Scientific Reports.

In March 2018, researchers suggested that archaeopteryx could probably fly but in a different manner from modern-day birds, in rapid, short bursts over small distances.

Archaeopteryx possessed feathers, like a modern-day bird. However, it also possessed a "long, stiff, frond-feathered tail" and teeth, along with bones in its hands, shoulders and pelvis that were not fused.

Some 12 fossils of archaeopteryx have been found, the first discovered in the late 19th century by famed German paleontologist Hermann von Meyer. The most recent was discovered by an amateur collector in 2010, announced in February 2014 and described scientifically in 2018.