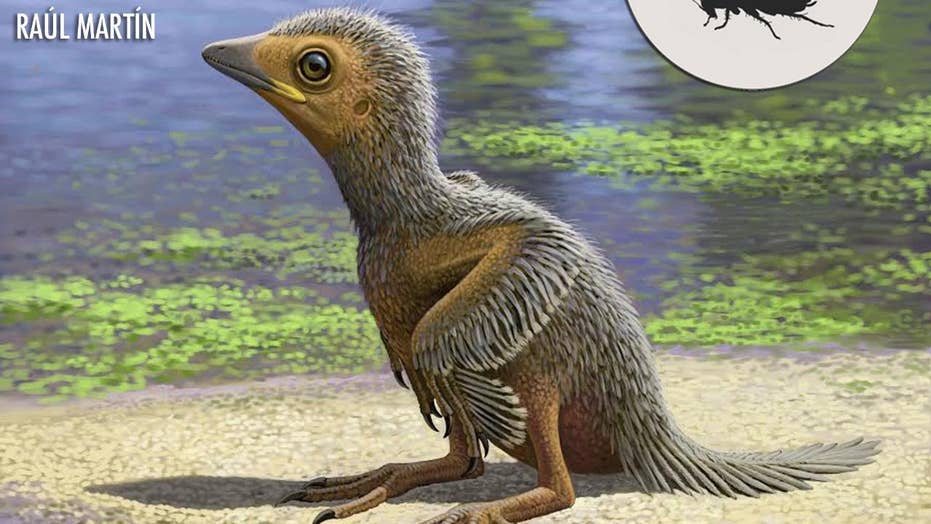 Baby bird fossil found that could shed light on evolution

The fossil of a 127-million-year-old baby bird has been unearthed, paving the way for understanding how birds evolved during the age of dinosaurs.

The research, published in Nature Communications, shows the bird belonged to the enantiornithine family, a group that contained many specimens that had teeth and clawed fingers on each wing.

One of the study's co-authors, Luis Chiappe, from the LA Museum of Natural History, said that the new discovery will let researchers peer into a past they had little access to until now. "This new discovery, together with others from around the world, allows us to peek into the world of ancient birds that lived during the age of dinosaurs," he said.

"It is amazing to realize how many of the features we see among living birds had already been developed more than 100 million years ago," Chiappe added.

According to research provided by the University of California's Museum of Paleontology, the fossil record of birds is not overly extensive. The Archaeopteryx, a dinosaur-like bird, is still the oldest bird fossil on record, having lived 150 million years ago.

The university does note, however, that by 35 million years ago, "most of the bird orders that we recognize today had appeared."

As such, fossils of birds from this era are extremely rare and highlight some of the changes that have happened over time.

The fossil indicates that the bird weighed less than three ounces and was shorter than the smallest finger of a human hand, or about 5 centimeters, according to the BBC.

The bird also died shortly after being born, giving researchers a look into "a critical stage in a bird's skeletal formation."

By studying the bone development, researchers may be able to gain an understanding as to whether the bird could fly, whether it needed to be near its parents after birth and whether it could survive by itself.

The study's lead author, Fabien Knoll, said: "The evolutionary diversification of birds has resulted in a wide range of hatchling developmental strategies and important differences in their growth rates. By analyzing bone development we can look at a whole host of evolutionary traits."

In this case, researchers said the baby bird's sternum had not yet developed into bone and was still primarily composed of cartilage, indicating it had not yet been able to fly.

Researchers believe this ancient bird could be similar to modern-day love birds, which are highly dependent upon their parents when they are born.