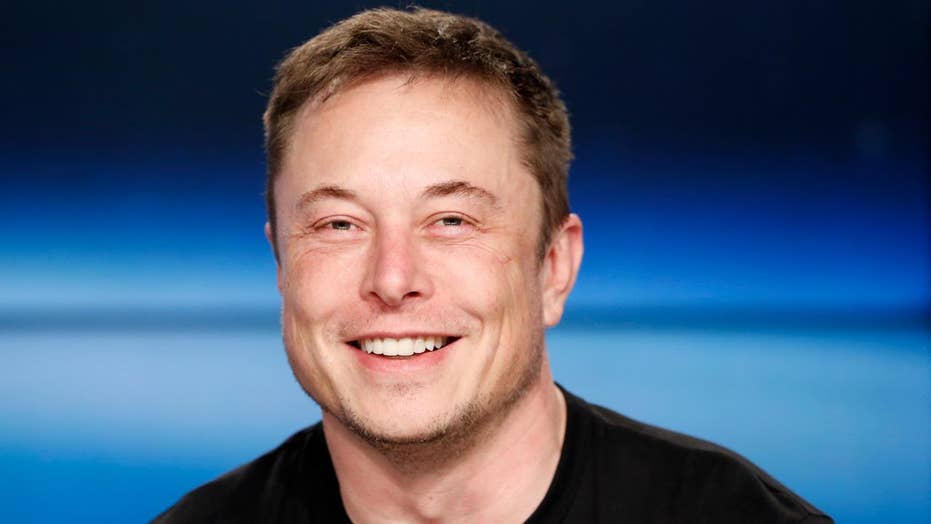 Elon Musk took to Twitter to announce The Boring Company's latest product launch, life-size Lego-like interlocking bricks that can be used to create sculptures and buildings.

It may be called The Boring Company, but Elon Musk's infrastructure plans and unique products are anything but "boring." The tunnel-building firm's founder just introduced new merchandise: lifesize LEGO-like interlocking bricks used to build sculptures and buildings.

The bricks will be made out of sturdy material such as tunneling rock, Musk said.

"Rated for California seismic loads, so super strong, but bored in the middle, like an aircraft wing spar, so not heavy," Musk explained in an early Monday tweet that has already been shared by nearly 5,000 people.

THE SPACEX FALCON HEAVY ROCKET, AND OTHER ELON MUSK PROJECTS ON THE WAY

Fans were quick to share their excitement over the latest project, though some were still fixated on the company's popular flamethrowers, which start shipping in the spring.

Earlier this year, The Boring Company sold 20,000 flamethrowers -- for $500 a piece -- in just a few days. According to the company's website, the product is the "world's safest" and "guaranteed to liven up any party."

Flamethrower aficionados frantically searched online to find any leftovers, some discovered flamethrowers on eBay being sold for as much as $25,000.

"How long for flame thrower deliveries?" one eager Twitter user asked Musk in reply to his announcement about the new LEGO-style tools.

"Impervious to my soon to arrive 'not a flame thrower'?" another asked.

"Guaranteed to be Flamethrower-proof!" Musk responded.

While the flamethrowers are marketed as "big boys’ toys," the LEGO-like bricks are designed for speed and efficiency.

"Hey @elonmusk any way to turn this into affordable housing etc. in the areas of future drilling locations? Little to no transportation costs if contractors come to the drill sites to pick up material by the pound," a Twitter user suggested.

Musk said he believes the boring bricks, which will interlock "with a precise surface finish," will be so easy to handle that two people could build the outer walls of a small house "in a day or so." People were shocked to hear Musk's prediction.

"Wow. Is it biodegradable? What’s its impact factor on the environment?" one man asked.

Musk said he plans to ship the product worldwide once it's developed. He said in his initial tweet that the bricks will be "coming soon."