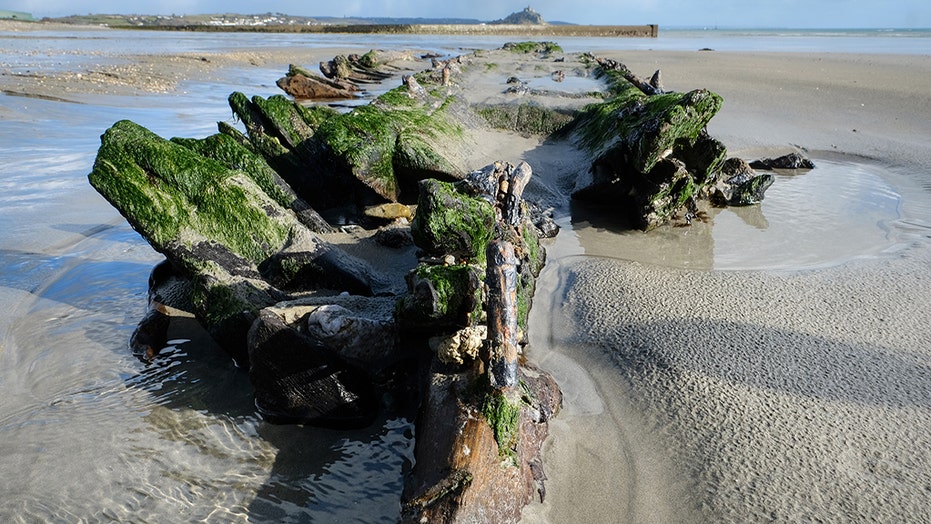 A mysterious 19th-century shipwreck has reappeared on a U.K. beach following a series of storms.

Photojournalist Greg Martin posted images of the wreck, which is near the town of Penzance in Cornwall, on Facebook.  “A 133-year-old shipwreck at Long Rock has exposed its timbers again this winter following the succession of storms,” he wrote. “Widely believed to be the remains of the French vessel Jeune Hortense, which ran aground on 17th May 1888, much has been written about its history.”

The identity of the wreck, however, continues to spark debate. The Penwith Local History Group, for example, has questioned whether the wreck is the Jeune Hortense or another ship that ran aground in 1885, according to Cornwall Live.

The wreck, which reappeared on a beach in Cornwall, southern England. (reach)

A shipwreck linked to a mutiny and murder mystery also recently emerged from the sands of a North Carolina beach. The ghostly wreck appeared on the beach at Surf City.

In October 2019 another mysterious shipwreck emerged on a Hatteras Island beach in North Carolina in the wake of a storm before being swallowed up by the sand.

The identity of the wreck is still a source of debate. (reach)

Earlier in 2019, the creepy skeleton of an 86-year-old shipwreck was also revealed by the shifting sands of Hatteras Island.