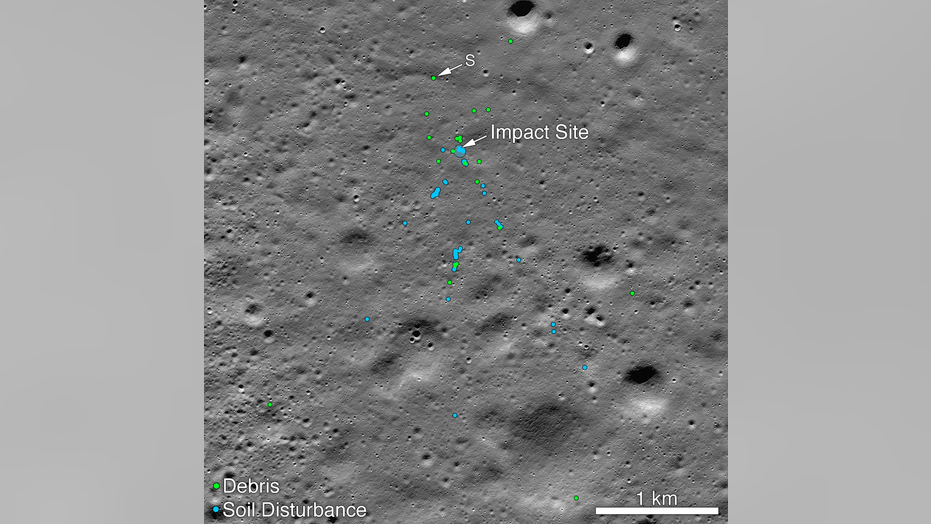 There has been no shortage of theories on how the moon formed over the years, including asteroid collisions or even collisions with ancient planets. However, a new study says the moon and the Earth have different oxygen isotope compositions, throwing a wrench into how scientists believe Earth's satellite was created.

The research, published in Nature Geoscience, notes that there are small but distinct and regular differences in the oxygen isotopic composition between the Earth and the moon (depending upon the type of lunar sample), which suggests that there was a collision between Earth and a hypothesized planet, often referred to as Theia.

“Our findings suggest that the deep lunar mantle may have experienced the least mixing and is most representative of the impactor Theia,” said the study's lead author, Erick Cano, in a statement. “The data imply the distinct oxygen isotope compositions of Theia and Earth were not completely homogenized by the Moon-forming impact and provides quantitative evidence that Theia could have formed farther from the Sun than did Earth.”

The photograph was taken on February 18 in New Mexico and charts the progress of the ISS through the night sky. (NASA APOD: Paul Schmit, Gary Schmit)

"Going into this project, it was expected that our results would likely mirror that of previous studies," Cano added in an interview with Space.com. "The most surprising part of our results was finding the amount of variation that we did between the individual lunar samples."

The moon has been a source of fascination for humanity for eons and since the Apollo space missions of the mid-20th-century, humanity's knowledge about our celestial satellite has increased significantly.

In January 2019, researchers described a chunk of Earth that could be 4.1 billion years old and has been cited as the planet's "oldest rock." The chunk of Earth, which may be the result of an asteroid impact, was found and dug up on the moon by Apollo astronauts.

Scientists recently learned that the moon loses water when meteoroids smack its surface, according to a study published in March 2019.

One month later, researchers published a study that suggested that the moon may have formed because a giant asteroid hit the planet nearly 4.5 billion years ago, while it was still forming.

NASA has started to study many of the lunar samples that were brought back during the Apollo missions, Fox News reported in November.