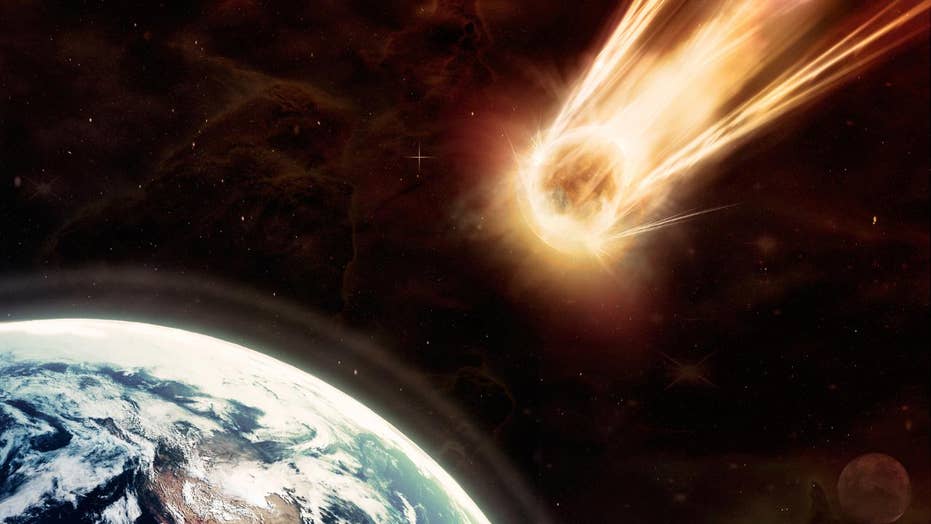 Christian writer says apocalypse is near

Doomsday writer says, based off the Bible and Egyptian pyramids, Planet X will collide with earth on September 23

The start to the end of the world is nigh, according to doomsday writer David Meade.

Meade told the U.K.'s Daily Express that April 23 will mark the end of the Earth. The conspiracy theorist said that the sun, moon and Jupiter, which supposedly represents the Messiah, will be in Virgo.

Meade points to the Biblical passage of Revelation 12:1-2 which says, according to the New International Version: "A great sign appeared in heaven: a woman clothed with the sun, with the moon under her feet and a crown of twelve stars on her head. She was pregnant and cried out in pain as she was about to give birth."

Supposedly Virgo represents the woman from the Biblical passage.

Meade certainly isn’t the first person who predicted the end of the world. Here’s a look at some other predicted "doomsdays."

Meade previously predicted that Oct. 15 would be the start of the tribulation – the seven-year period that brings the demise of the world.

“Hold on and watch – wait until the middle of October and I don’t believe you’ll be disappointed,” said Meade, who also predicted a “magnificent sign in the skies” will occur on Sept. 23.

Chris McMann, the leader of the eBible Fellowship group in Philadelphia, warned that the world would be destroyed by a fire on Oct. 7, 2015. When that didn’t happen, McCann told The Guardian it was “surprising.”

eBible Fellowship appears to still be in existence.

Reverend Billy, a singer, performs during an "End of the World" celebration in New York on December 21, 2012. (Reuters/Andrew Kelly)

Conspiracy theorist, numerologists and self-described prophets looked to Dec. 21, 2012 as the day the world would officially end – known as the “Mayan Apocalypse.”

They predicted the world would end with a massive solar storm that would knock out the power grid or from a comet blasting into Earth.

A volunteer from the religious group Family Radio hands out pamphlets warning of the impending Judgment Day. Harold Camping, an evangelist, predicted the end times would begin May 21, 2011. (Reuters/Shannon Stapleton)

Harold Camping, a former evangelist, convinced so many people that the world would end on May 21, 2011 with a series of earthquakes that many quit their jobs and donated money to Camping’s Family Radio network.

After the world was still very much in tact on May 22, Camping changed the date to Oct. 21, 2011. And when the world still wasn’t destroyed then, Camping apologized for his “sinful” statements. He died in 2013.

Former Southern Baptist pastor Pat Robertson has predicted the world will end multiple times – including on April 29, 2007. He made the prediction in his book “The New Millennium” in 1990.

Many people thought the start of Y2K would cause the world to end. (Reuters/Jason Reed)

There was widespread concern and theories that computers couldn’t handle the start of the new Millennium and the world would end. That idea was also promoted by Jerry Falwell, the southern pastor who died in 2007. Falwell warned that the new century would be “God’s instrument to shake this nation, to humble this nation.”

Tim LaHaye and Jerry Jenkins, authors of the fiction “Left Behind” series about the end times, also at one point warned that the Y2K could have brought about the destruction of the world.

This story was originally published on April 12, 2018.