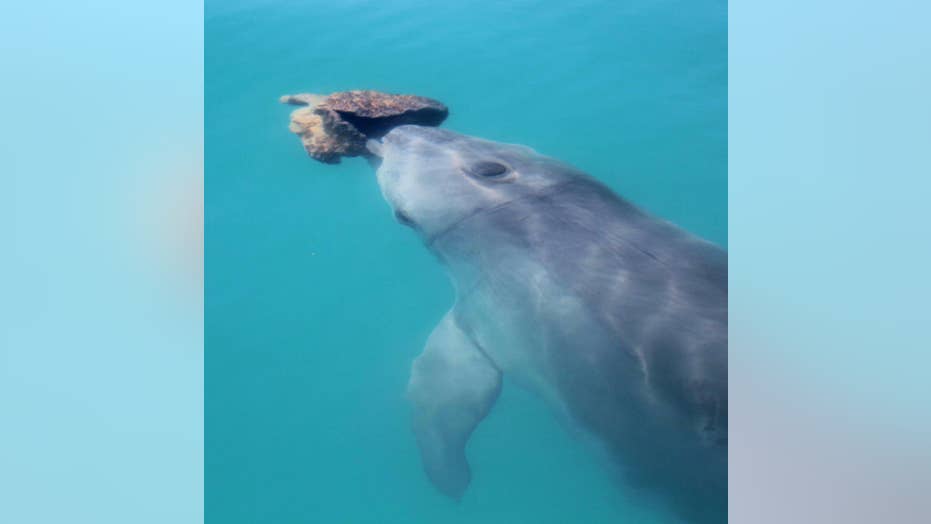 Not exactly, of course, but they do seem to form friendships in a way that's similar to humans.

Researchers analyzed a subset of behavioral, genetic and photographic data from male dolphins collected during the winter in Western Australia's Shark Bay, which is the only place where dolphins can be seen using marine sponges as foraging tools.

SUN COULD UNLEASH VIOLENT SUPERFLARE IN THE NEXT CENTURY, RESEARCHERS WARN

The male "spongers," as they are known, tended to spend more time associating with other male spongers than they do non-spongers, researchers explained, and those bonds were based on similar foraging techniques and not relatedness or other factors.

"Foraging with a sponge is a time-consuming and largely solitary activity so it was long thought incompatible with the needs of male dolphins in Shark Bay - to invest time in forming close alliances with other males," said Simon Allen, a co-author of the study and senior research associate at Bristol's School of Biological Sciences, in a published statement.

A bottlenose dolphin with a sponge in Shark Bay.  (Courtesy of Simon Allen)

Allen added: "This study suggests that, like their female counterparts and indeed like humans, male dolphins form social bonds based on shared interests."

Manuela Bizzozzero, the lead author of the study at the University of Zurich, said in a statement: "Male dolphins in Shark Bay exhibit a fascinating social system of nested alliance formation. These strong bonds between males can last for decades and are critical to each male's mating success. We were very excited to discover alliances of spongers, dolphins forming close friendships with others with similar traits."

The study was published in the Proceedings of the Royal Society B.