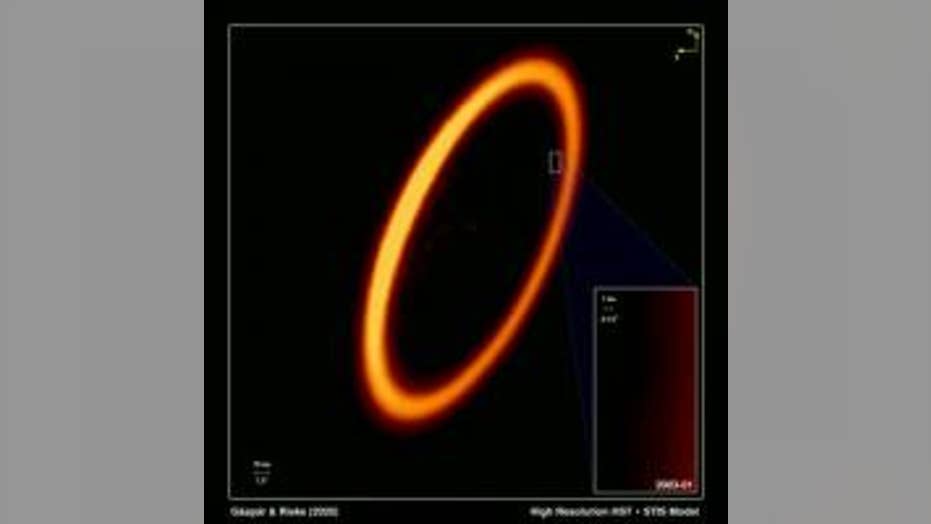 It could just be space dust, according to a newly published study.

The planet, which was given the name Fomalhaut b by NASA in 2004 after it was observed by the Hubble Space Telescope, is more likely an "expanding cloud of very fine dust particles from two icy bodies that smashed into each other," according to a statement accompanying the study.

This video simulates what astronomers, studying Hubble Space Telescope observations, consider evidence for the first-ever detection of the aftermath of a titanic planetary collision in another star system. The color-tinted Hubble image on the left is of a vast ring of icy debris encircling the star Fomalhaut, located 25 light-years away. The animated diagram on the right is a simulation of the expanding and fading cloud, based on Hubble observations taken over a period of several years. CREDIT NASA, ESA, and A. Gáspár and G. Rieke (University of Arizona)

"Our study, which analyzed all available archival Hubble data on Fomalhaut, revealed several characteristics that together paint a picture that the planet-sized object may never have existed in the first place," said the study's lead author, Andras Gaspar, in a statement.

Gaspar added that these collisions are "exceedingly rare," so the discovery is a "big deal."

The final nail for the "disappearing" planet came when Gaspar and the other researchers discovered in 2014, the "planet" had disappeared while noting that earlier images also showed it was fading over time. "Clearly, Fomalhaut b was doing things a bona fide planet should not be doing," Gaspar explained.

The researchers believe the Fomalhaut system, which is approximately 25 light-years from Earth, could "experience one of these events only every 200,000 years." A light-year, which measures distance in space, equals 6 trillion miles.

The research was published in the Proceedings of the National Academy of Sciences.