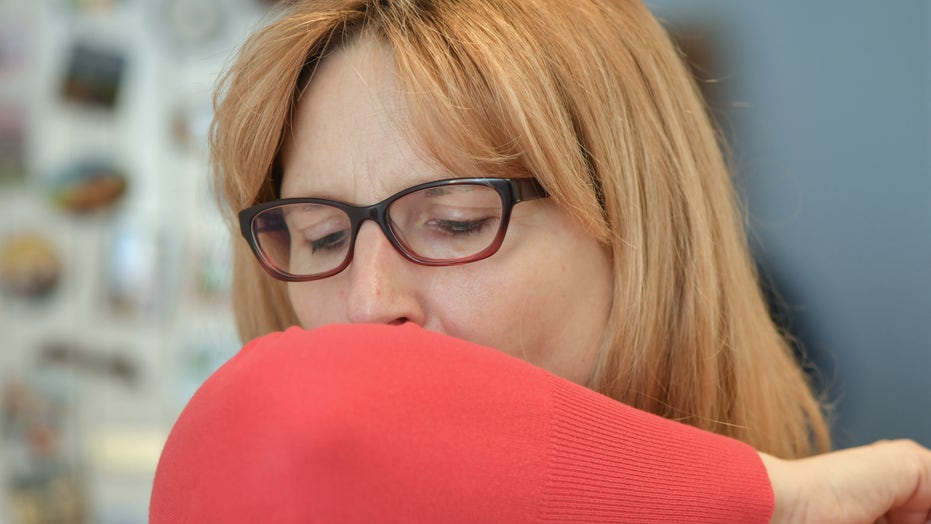 Coughing in public has become something that turns heads, prompts people to switch seats on mass transit and sparks anxiety. That's one unfortunate byproduct of the coronavirus pandemic.

However, if you've found yourself thinking, "that person sounds so sick" in those moments, you may want to reconsider.

A new report in the Proceedings of the Royal Society B published today finds that humans cannot discern the difference between the cough of someone with an infection versus someone experiencing allergies or a tickle in their throat.

“Many organisms, including humans, have developed prophylactic behaviors to prevent pathogens from [causing infection] in the first place,” Nick Michalak, a social psychologist at the University of Michigan in Ann Arbor, told Science News.

A woman coughs into the crook of her arm (posed photo). When coughing or sneezing, it is important not to use your hand but the crook of your arm. (Photo by Patrick Pleul/picture alliance via Getty Images)

For the study, Michalak and his colleagues played short audio clips of coughing from apparently sick and healthy people collated from YouTube for over 200 volunteers.

They asked whether each cough was from someone who was ill or not. Despite expressing confidence in their abilities, participants did no better than a coin flip in distinguishing between the two types of coughs.

"We found no evidence that participants could accurately identify the origins of these sounds. Instead, the more disgusting they perceived a sound to be, the more likely they were to judge that it came from an infected person (regardless of whether it did)," the researchers state in the study's abstract.