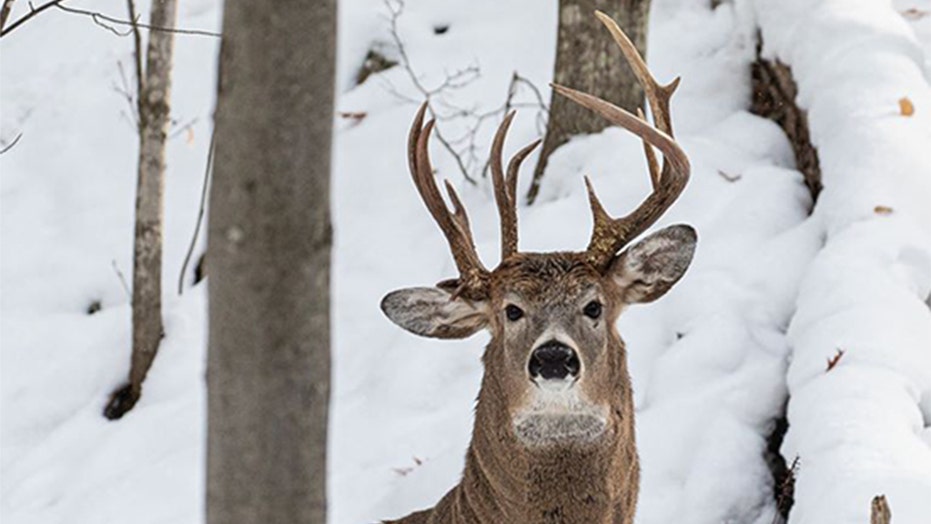 An unusual deer with three antlers has been caught on camera by a photographer in Michigan’s Upper Peninsula.

The deer with three antlers was photographed in Michigan's Upper Peninsula​​​​​. (Steve Lindberg)

“Five days before rifle season for Whitetail Deer and look who I get to see, along with his girlfriend. A three antlered, nine or twelve point buck (depending if you want to count the two little tines on the right antler, and the small tine on the left antler),” Lindberg wrote on Facebook on Nov. 10. “I don't recall ever seeing a three antlered deer before.”

On Nov. 13, Lindberg posted another photo of the deer on Facebook. “One more shot of three antlers ... just to dispel any photoshop rumors,” he wrote.

Whitetailed deer are found in every county of Michigan, according to the state’s Department of Natural Resources.

The buck has garnered plenty of interest since it was caught on camera. (Steve Lindberg)

Earlier this year an unfortunate deer covered with tumors was caught on camera by a photographer in southwestern Minnesota.