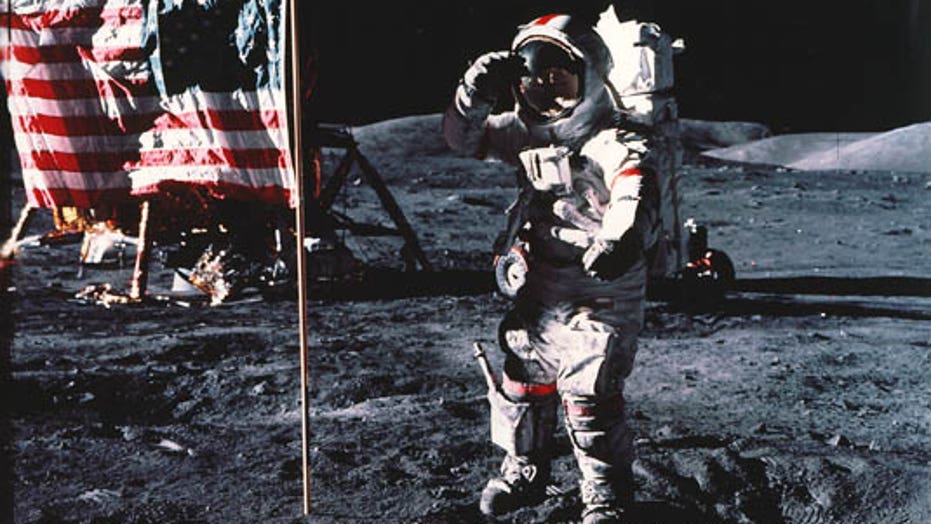 We'll have to wait a little longer to get an idea of how much it'll cost to put astronauts on the moon by 2024.

NASA has calculated a preliminary price tag for this ambitious goal, which U.S. Vice President Mike Pence announced in late March. But that estimate cannot be disclosed at the moment, because it's still being reviewed by the Office of Management and Budget (OMB) and NASA's chief financial officer, agency officials said.

"Right now, it’s under review, and we can’t come up with [disclose] a number," Mark Sirangelo, special assistant to NASA Administrator Jim Bridenstine, said today (May 8) during a hearing of the space and aeronautics subcommittee of the U.S. House of Representatives' Science, Space and Technology committee.

Related: Can NASA Really Put Astronauts on the Moon in 2024?

"We’ve provided the information," added Sirangelo, who previously served as executive vice president for Sierra Nevada Space Systems. "The discussions have been very positive and open, and as soon as those discussions are complete and OMB has approved the numbers, they’ll provide them to you."

Returning humans to the lunar surface has been official U.S. policy since December 2017, when President Donald Trump signed Space Policy Directive 1. NASA intends to establish a sustainable outpost on the moon as well as a small orbiting space station called the Gateway, and use the lessons learned in the construction and operation of these assets to prepare for human missions to Mars in the 2030s.

The initial timeline targeted the late 2020s for the first crewed moon landings, which will take place near the lunar south pole. But Pence increased the urgency during a March 26 meeting of the National Space Council.

Neither NASA nor the White House has said how much money will likely be needed to ace the 2024 moon shot, so speculation has filled the information vacuum. For example, some reports have suggested that NASA will ask for an additional $8 billion per year over the next five years.

Bridenstine shot down those rumors last week but didn't offer up any figures of his own.

"I will tell you that is not accurate," he said at a May 1 hearing of the commerce, justice and science subcommittee of the U.S. Senate Committee on Appropriations. "It is nowhere close to that amount. But I don't want to throw out a number until we have gone through the process with OMB and the National Space Council."

NASA also has not published a plan detailing how it's going to achieve the 2024 lunar landing — a fact that seems to have rankled some subcommittee members.

"In hearings from the last Congress to the present, members of the subcommittee and full committee have repeatedly asked for this road map, only to receive in response a high-level strategy that was delivered over a year and a half late," subcommittee chairwoman Kendra Horn, D-Okla., said in her opening statement during today's hearing.

In addition, during the question-and-answer portion of the hearing, Horn noted that Bridenstine promised to provide the Science committee with an amended budget request "very close to April 15."

"It's now May 8," Horn said, addressing Sirangelo and fellow hearing participant Bill Gerstenmaier, associate administrator for NASA Human Exploration and Operations. "My question is, what is the reason for the delay, and can you commit to providing this committee with a lunar plan and budget amendment — on what date?"

Gerstenmaier responded that the 2020 moon goal is challenging and complex, and NASA is taking the time to get its plans and cost estimates right. But the road map should be ready soon, he said.

"We're probably several weeks away — maybe a week to two weeks away — from being able to give you a plan and show you what we have moving forward [in] specifics," Gerstenmaier said.

He also stressed, in response to a question from subcommittee member Katie Hill, D-Calif., that the 2024 target is feasible.

Also testifying today before the subcommittee were Jonathan Lunine, director of the Cornell Center for Astrophysics and Planetary Science; Patricia Sanders, chair of the Aerospace Safety Advisory Panel; and Walt Faulconer, president of the Faulconer Consulting Group.