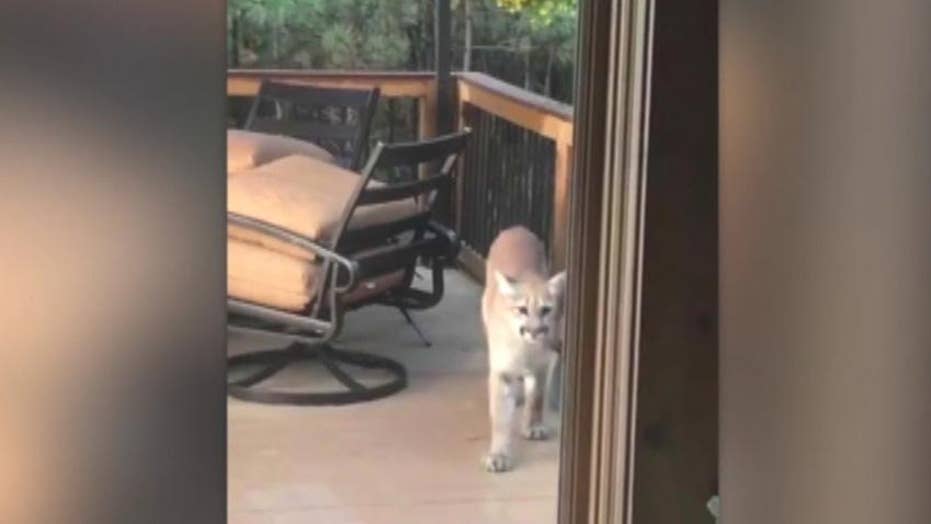 Colorado man films family of mountain lions on his porch

Andy Davis wakes up to find four mountain lions on his back porch in Colorado.

A Colorado man had a group of unexpected visitors early Wednesday morning: four mountain lions, all hanging around on his back porch.

Andy Davis was up early for a morning run when he saw the lions, believed to be a mother and her three cubs. Shocked, Davis slowly reached for his cell phone to snap a few pictures and capture video of the felines.

Davis recorded the cats for a few minutes, remaining inside his home the entire time. The lions drank from a fountain on his porch before turning away.

“I highly doubt I’ll ever get to see something like that again,” Davis said, adding he warned neighbors who have children and small pets about the wild animals.

“It just blew my mind," he told the news staiton. "[It was the] most amazing thing I've ever seen.”

The news comes after an Oregon woman came home to a mountain lion napping behind her couch. She said the cat stayed there for roughly six hours before she encouraged it to leave by using a drum.