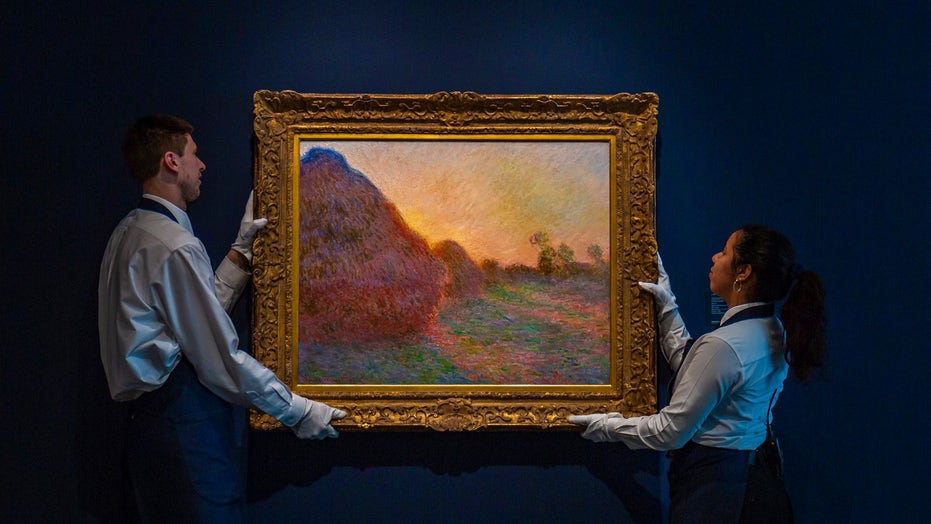 One of Claude Monet's iconic paintings of haystacks fetched a record-breaking $110.7 million at an auction on Tuesday in New York.

According to the auction house, it's a world auction record for the artist and the first work of Impressionist art to ever cross the $100 million threshold at auction.

The 1890 painting is one of only four works from Monet's acclaimed "Haystacks" series to come to auction this century, and one of only eight examples remaining in private hands.

The series of paintings, completed over the course of a year, is known for the way that Monet depicted similar subjects changing over time in different seasons and with different weather.

The 17 others reside at museums, including the Metropolitan Museum of Art and the Art Institute of Chicago. However, the largest collections are at the Musée d'Orsay and the Musée Marmottan Monet in Paris.

The previous owners had purchased the painting in 1986 for $2.53 million. Sotheby's did not provide any details on the new buyer.