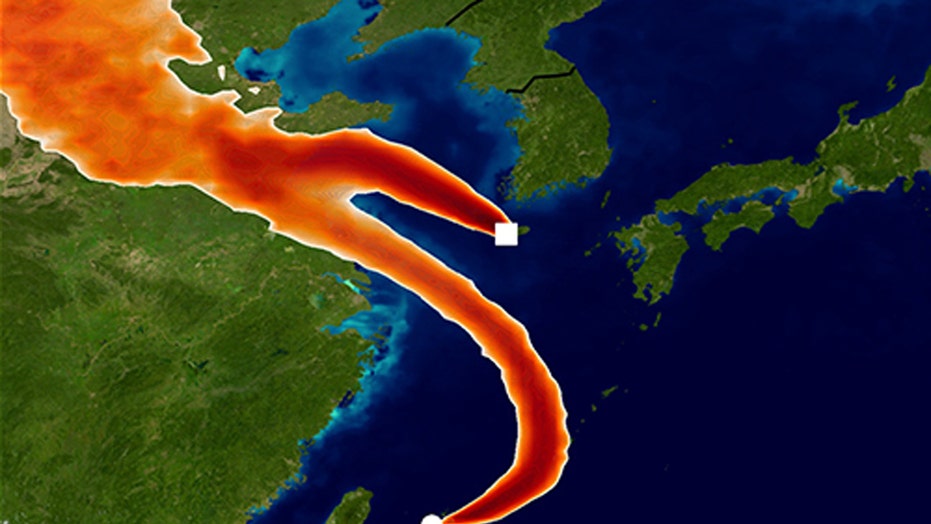 In May 2018, a startling study revealed that there was an "unexpected and persistent increase" of chlorofluorocarbons (CFCs) in the atmosphere. At the time, scientists could not pinpoint the exact location of the polluting and ozone-depleting gas, but subsequent media reports suggested that the clues lead to a rural industrial town in China.

Now, a new study confirms that the rise in CFCs, to the tune of 7,000 metric tons, is indeed coming from northeastern China based on atmospheric observations.

"Here, using high-frequency atmospheric observations from Gosan, South Korea, and Hateruma, Japan, together with global monitoring data and atmospheric chemical transport model simulations, we investigate regional CFC-11 emissions from eastern Asia," the study's abstract reads. "We show that emissions from eastern mainland China are 7.0 ± 3.0 (±1 standard deviation) gigagrams per year higher in 2014–2017 than in 2008–2012, and that the increase in emissions arises primarily around the northeastern provinces of Shandong and Hebei."

The abstract of the new study, which has been published in Nature, adds that the increase seen from the northeastern provinces of Shandong and Hebei account for "a substantial fraction" to the tune of at least 40 to 60 percent in the rise of CFC-11 emissions; there was also no significant increase in CFC-11 emissions seen in any other East Asian country or other regions around the world where the data is available.

It's unclear what the economic cost of the new CFC-11 emissions would be, but a 2009 study suggested that future ozone pollution could result in $580 billion (in the year 2000) in annual health costs "and that mortalities from acute exposure will exceed 2 million."

Fox News has reached out to the Chinese Ministry of Ecology and Environment with a request for comment. According to a report in The New York Times, the Ministry was prepping answers to questions the Times sent it last week about its ongoing investigation.

In a statement provided to Fox News, acting Head of UN Environment Joyce Msuya said: “Action is being taken by all parties at the international level and by China domestically. Additional scientific research is being done to pinpoint the sources and possible illegal uses of the CFC-11. Given the large amount of emissions, all parties appreciate the urgency to ensure the ongoing protection of the Ozone Layer. This is a priority for the UN Environment Program.”

Dr. Matt Rigby, the lead author of the study, said that the increase of CFC-11, which was widely used as a refrigerant and to make foam insulation prior to it being banned by the 1987 Montreal Protocol, was "unexpected" when he and his team started conducting their research.

Simulated atmospheric transport of CFC-11 to the Gosan and Hateruma monitoring sites using the Met Office NAME model. The colours show areas where emission sources would strongly impact the CFC-11 measurements for one day in December 2014. This model information has been used to infer a rise in emissions from eastern China, starting around 2013. (Credit: University of Bristol)

"CFC-11 was used primarily in foam blowing, so we looked at estimates of the amount of CFC-11 that could be locked up in insulating foams in buildings or refrigerators that were made before 2010, but the quantities were far too small to explain the recent rise," Rigby said in a statement. "The most likely explanation is that new production has taken place, at least prior to the end of 2017, which is the period covered in our work."

Speaking with news.com.au, Rigby said the fact that the factories were producing CFC-11 in secret, aided by some local government officials turning a blind eye, "wasn’t entirely a surprise.”

The researchers have not yet been able to pinpoint where the other CFC-11 emissions are coming from.

"Our measurements are sensitive only to the eastern part of China, western Japan and the Korean peninsula and the remainder of the AGAGE network sees parts of North America, Europe and southern Australia," professor Sunyoung Park added in the statement. "There are large swathes of the world for which we have very little detailed information on the emissions of ozone depleting substances."

The ozone is part of the Earth's stratosphere and helps act as protection against the Sun's harmful ultraviolet rays.

After the initial 2018 study was presented, there were reports that international non-governmental organization Environmental Investigation Agency suspected Chinese foam factories of causing the wrongdoing. Chinese authorities later shut down some of these facilities, providing no further explanation, news.com.au added.

While the facts are concerning, it appears that certain members of the Chinese government are going to take positive action.

“They were concerned, it was clear I think ... that they were going to tackle this issue,” Paul Fraser, one of the study's co-authors, said in an interview with ABC radio by way of news.com.au. Fraser added that he had not yet seen any indication that China has started to reprimand the offending factories.

The 1987 Montreal Protocol was enacted after scientists disturbingly found a hole in the ozone over Antarctica and Australia in 1985. It was enacted by the United Nations Environment Program. Former U.N. Secretary-General Kofi Annan said it was "[p]erhaps the single most successful international agreement to date" and it has been widely regarded as successful, with the ozone continuing to recover each year.

One hundred ninety-seven countries, including the U.S. under former President Ronald Reagan and China, are signatories of the Montreal Protocol.