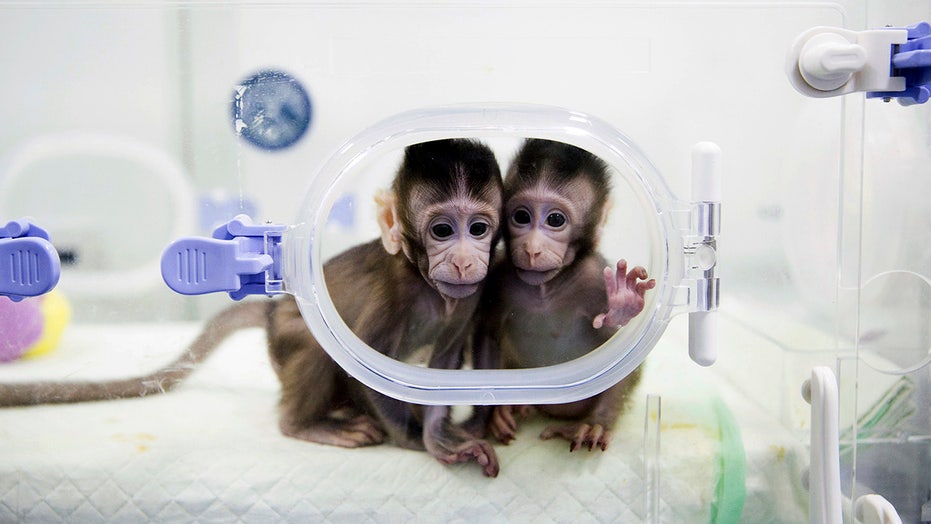 A computer scientist who is credited as a researcher on a Chinese medical experiment that saw monkey brains implanted with human genes to make them more human, has slammed the project as ethically unacceptable.

Dr. Martyn Styner, an associate professor at the University of North Carolina, has distanced himself from the experiment after the group of Chinese scientists who led it became the target of a medical ethics debate.

Dr. Styner argues the knowledge gained from messing with monkey brains in this way was not enough to go through with it.

The research, funded by the Chinese Academy of Sciences and led by the country’s Kunming Institute of Zoology, saw the creation of 11 transgenic monkeys that carried human copies of the MCPH1 gene (Microcephalin 1).

The group wanted to observe how the gene affected monkey brain development.

It’s the latest series of mutant monkeys to be born in recent years as a result of Chinese medical research.

MCPH1 is considered important for brain development and evolution. It is also linked to brain size.

Of the 11 monkeys, six survived birth and five lived to the study’s publication date in China’s National Science Review on March 27.

According to the research, brain imaging and tissue section analysis showed delayed maturation of the neural system similar to developmental delay experienced in humans.

In humans, this can see juvenile features carry on into adulthood.

One difference between humans and monkeys is that humans take a lot longer to form their brain’s neural-network (from childhood to adulthood). Slowing down the brain maturing process can lead to improved intelligence during human evolution.

The study also found the gene-altered monkeys displayed improved short-term memory and quicker reaction time compared to monkeys that did not carry the gene.

The Chinese researchers have argued that using monkeys to make this discovery provided an important insight into what makes humans unique in terms of brain development.

A mutated MCPH1 gene can lead to microcephaly in babies, which means they can be born with unusually small heads due to abnormal brain development.

SIGNIFICANT HARM TO THESE MONKEYS

However, Dr. Styner, who was tasked with developing software tools to measure brain MRI data for the research, said he felt there were ethical implications to this research.

“My lab generates software to help other labs with running their MRI studies, I am only loosely connected to the science of many studies. That certainly was the case here. One could even argue that I probably should not be a co-author given my lack of scientific involvement in this work. I had no input on the science in this project, except for how to best process their MRI data,” he told News Corp.

“The issue is not transgenic animals in general, or even transgenic monkeys. But rather it’s the combination of it all, ie a transgenic monkey whose brain is altered by adding a human brain development gene with the goal to make it more human like.

“There are ethically acceptable uses for transgenic animals (possibly even monkeys) that do not target the brain but with another goal, eg making it a potential organ donor for a human. “That’s a very different setting then what we have in this work and one with much less significant ethical implications.”

He said in this study by changing the brain and brain development, the researchers created a monkey that was more human-like — neither human nor monkey.

“Quite possibly those transgenic monkeys would not fit with their family/colony anymore. Thus there is significant harm here to these monkeys, though I don’t think we actually learn a lot from this particular study or avenue of research.”

The researchers hope to continue using monkeys to conduct further research on degenerative and social disorders such as Alzheimer’s, Parkinson's, MS and autism as they argue their findings could provide important insight that leads to better understanding and treatment.

However, critics have argued that implanting monkeys with human genes pushes the ethical boundaries of using animals for medical research.

But their initial research has been compared to sci-fi classic story Planet of the Apes, which sees gene edited apes go into battle with humans for control.

The researchers dismiss this claim saying apes are not used at all in their research and never will be.

Dr. Styner told NBC News when criticism of the research first surfaced that: “My personal opinion is now that, from an ethical point of view, such research should actually not be done.”

The Chinese Institute of Neuroscience defended its experiments, saying cloned and gene-altered monkeys will lead to a reduction in the number of monkeys used in medical testing in the future.

They say their experiments are important if we want to shed light on human gene-related disorders like Alzheimer’s and Parkinson’s.

In January Chinese research saw five macaque monkeys cloned from a single animal that was gene manipulated to have a sleep disorder.

The study, for the purpose of observing mental illness, led to all five monkeys developing signs of depression, anxiety and behaviors associated with schizophrenia.

A year earlier China announced it was successful in creating the world’s first cloned monkeys Zhong Zhong and Hua Hua.

In 2016 China’s Institute of Neuroscience used transgenic monkeys to observe the MECP2 gene, which is related to autism.

The monkeys with artificial human MECP2 gene were subject to behavioral tests. Compared to monkeys that did not have the gene, the gene-altered monkeys had autism-like behaviors, metabolism issues, increased stress responses and lower social skills.

“The research will help to reduce the amount of macaque monkeys currently used in biomedical research around the world. Without the interference of genetic background, a much smaller number of cloned monkeys carrying disease phenotypes may be sufficient for preclinical tests of the efficacy of therapeutics,” said neuroscientist Dr. Poo Mu-ming, who helped supervise both of these studies.

“Researchers used to use more animals for drug test for accuracy, but now we could change the situation with cloning technology,” he said.

Late last year another a Chinese researcher drew condemnation from science peers for successfully gene-altering twin girls to prevent them from contracting HIV.

Chinese authorities launched an investigation into the ‘world first’ result and put a stop to the research.

China is currently considering new laws which would see stricter requirements and greater scrutiny overseeing medical trials in the country.

It would also require all future medical trials to be approved by an administrative body and ethical panel.

In Australia, there are strict guidelines for medical research, which is governed by the Australian Code for Responsible Conduct of Research.