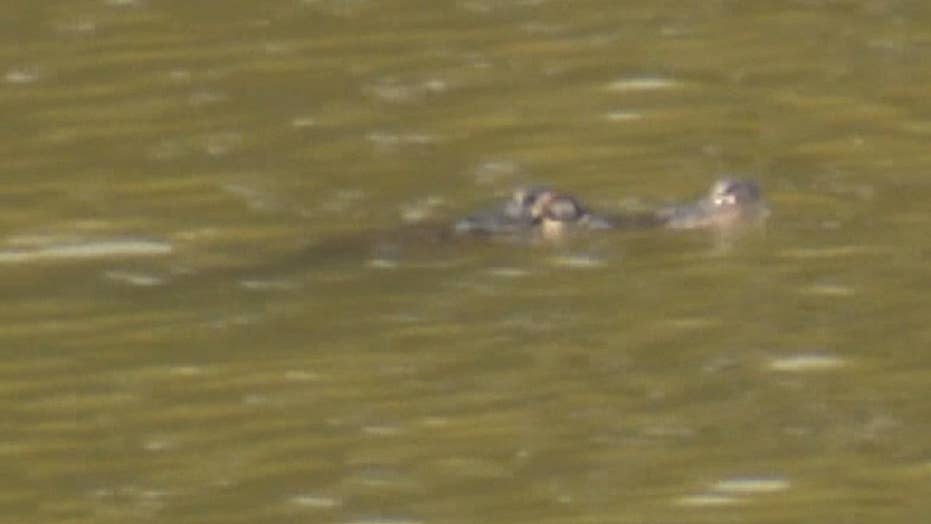 Authorities work to catch alligator living in Humboldt Park lagoon in the heart of Chicago.

The alligator that became a national media sensation after it was spotted in Chicago’s Humboldt Park Lagoon has proved to be an expensive pest.

The city of Chicago's efforts to wrangle the alligator, dubbed "Chance the Snapper," cost more than $33,600. Most of the costs arose from city workers putting up and removing barricades to keep people away from the lagoon in Humboldt Park after the male reptile was first spotted there last month.

CHICAGO ALLIGATOR REPORTEDLY MOVING TO FLORIDA: 'CHANCE THE SNAPPER' WILL 'BE LIVING IN LUXURY'

After its capture, the gator was destined for a new home in Florida, and arrived at the St. Augustine Alligator Farm Zoological Park on July 18.

Investigators aren't sure how the alligator, who inspired several social media accounts, ended up in the Chicago lagoon.