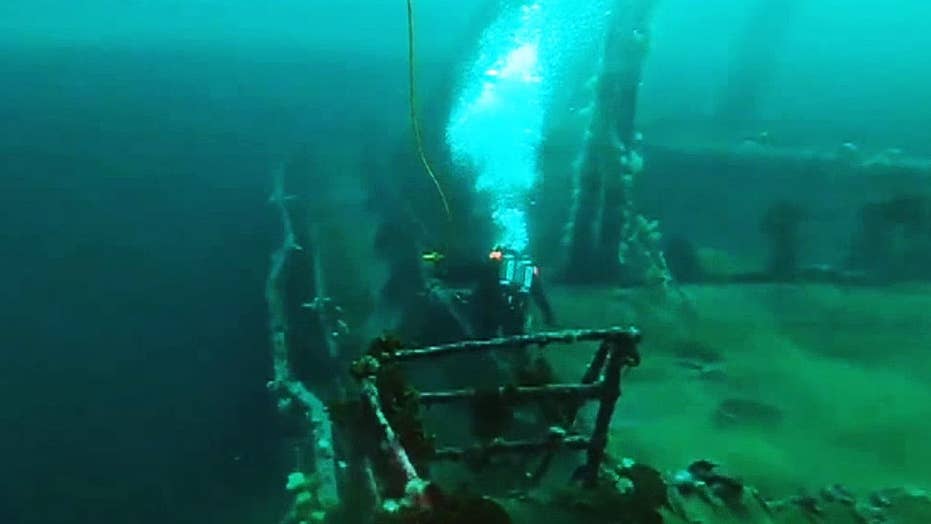 Canada’s armed forces have recovered and detonated dozens of unexploded munitions from World War II shipwrecks off the coast of Newfoundland.

In a mission off Bell Island, Newfoundland, Canadian Navy divers carefully retrieved the shells and ammunition from two of four wrecked merchant ships in Conception Bay South, Newfoundland and Labrador.

The removal project ended July 24, according to a statement released by the Department of National Defence and the Canadian Armed Forces.

CBC reports that the ships were all sunk by German U-boats in 1942.

Divers recovered 82 shells and two boxes of .303 rounds from the wrecks of the S.S. Rose Castle and S.S. Saganaga. The ships are now fully cleared of explosives and the munitions have been disposed of, according to officials.

The dive team also conducted reconnaissance on the two other wrecks – the S.S. Lord Strathcona and P.L.M 27 in preparation for a future munition recovery mission.

In addition to bringing the munitions up from the depths, CBC reports that the divers and the Canadian Navy ship Shawinigan had to contend with difficult weather during the recovery mission.

On Aug. 2, Canadian Armed Forces Operations tweeted a picture of a shell recovered from the S.S. Rose Castle on July 20. The shell, it noted, “still displays the make and manufacturing number engraved on the firing ring!”

In a video posted to Twitter on July 29, Clearance Divers from Canada’s Fleet Diving Unit Atlantic are shown diving down to the mangled wreck of the S.S. Rose Castle to retrieve the unexploded munitions.

Carefully lifted up to the Shawinigan, the munitions were then transported back to port. The video shows the ordnance being loudly detonated at a rural location.

Other World War II wrecks have been grabbing attention recently. A mysterious shipwreck, for example, was recently discovered off the east coast of the U.S., which experts say may be the remains of a World War II-era cargo ship off the coast of Virginia/North Carolina.

In a separate project, researchers recently discovered the wreck of the last U.S. Navy warship sunk by a German submarine during World War II. Patrol boat USS Eagle PE-56 was located by a private dive team just a few miles off the Maine coast.