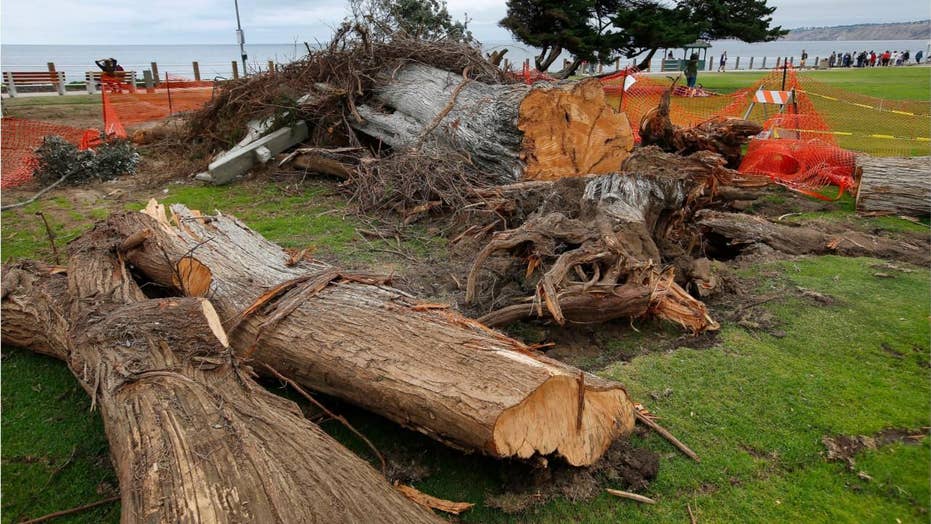 The death of the Monterey cypress inside Ellen Browning Scripps has San Diego officials looking into possible foul play. The tree was between 80 and 100 years old when it fell.

A nearly century-old tree with iconic fluffy branches that some say inspired the fictional Truffula trees in Dr. Seuss’ “The Lorax” toppled over in a California park last week.

The Monterrey cypress came crashing down suddenly in Ellen Browning Scripps Park in La Jolla, San Diego City officials said Tuesday. An investigation is ongoing to find out why the bushy-branched tree fell.

"The tree was not dead at the time it fell, and with the exception of some stressing due to termites, was generally in good shape," Parks and Recreation spokesman Tim Graham told the San Diego Union-Tribune.

The tree is believed to have inspired Dr. Seuss, who lived nearby and worked in an office with a sweeping view of the coastline. (K.C. Alfred/The San Diego Union-Tribune via AP)

A local legend says the lone, fluffy tree inspired Dr. Seuss, whose real name was Theodor Seuss Geisel, to write his 1971 tale of conservation. Geisel lived in an observation tower with a view of the coast and the tree, according to the Smithsonian.

His wife, Audrey Geisel, contradicted the story in a 2012 interview with the La Jolla Village News. She said the idea for the Truffula trees came from a trip to Africa.

"He looked up at one of the (local) trees, and said, 'That's my tree. They've stolen my tree.' So that's where that came from," she told the paper.

Geisel, who died in 1991, told interviewers over the years that "The Lorax" was inspired by the anger he felt as he watched homes and condominiums being carved into the hillsides below him. He would often claim the story was his favorite among the 48 books that he wrote, the Union-Tribune said.

The story tells of how the titular orange creature who “speaks for the trees” tries to stop the Once-ler from chopping down Truffula Trees so that their tufts ("much softer than silk") can be used to manufacture Thneeds, a classically Seussian word for all manner of worthless merchandise.

Officials plan to salvage some of the wood and repurpose it, and a replacement tree will be planted, Graham said.