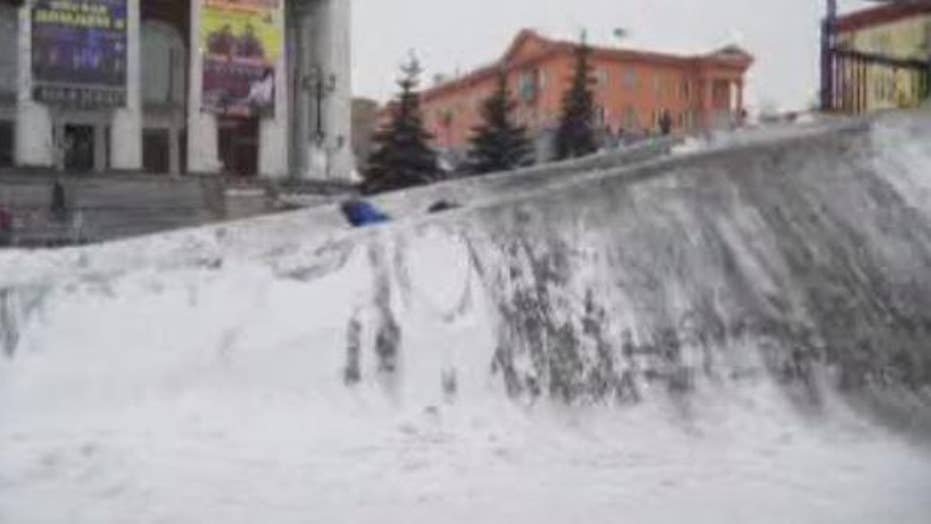 Toxic, black snow has turned part of a coal-mining region in Siberia into a post-apocalyptic landscape.

Authorities have attributed the black snow to coal-processing plants in the area. The director of one of the plants told The Siberian Times that a shield meant to prevent coal powder from escaping has failed, resulting in the soot-colored snow.

"It’s harder to find white snow than black snow during the winter,” Vladimir Slivyak, a member of the non-profit environmental group Ecodefense, told The Guardian. "There is a lot of coal dust in the air all the time. When snow falls, it just becomes visible. You can’t see it the rest of the year, but it is still there."

According to the U.K.-based news site, dust from the coal plants contains a range of heavy metals, including arsenic and mercury, which represents a health hazard and environmental threat.

Local residents blame the coal plants and a lack of regulation.

"No cleansing systems, all the waste, dust and dirt, coal lay in the area. Our children and us are breathing it. It's just a nightmare," said one, according to The Siberian Times.

Another commented: "The government bans smoking in public. But let us inhale coal dust all together and let it reside in our lungs."

In December, authorities tried to hide toxic snow by covering it with white paint, the Moscow Times reports.

A report from Ecodefense noted in 2015 that life expectancy in the region is about three times shorter than the Russian national average, while cases of tuberculosis and other disorders are double the nation's average.