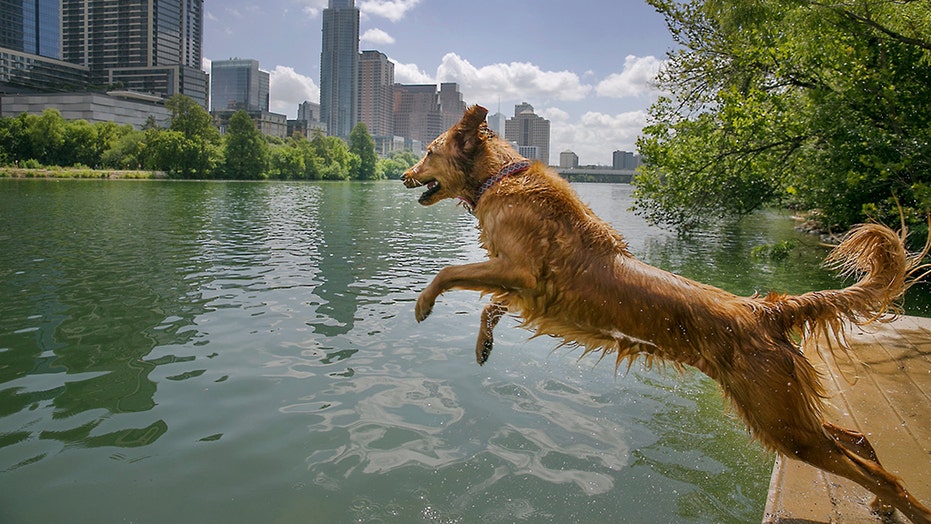 A Wilmington, NC resident is devastated after her three dogs suddenly died yesterday following an afternoon of playing in a local body of water.

Letting your dog take a dip in a lake or pond on a hot day is one of the joys of summer. A number of dogs, however, have died recently after becoming exposed to toxic algae, highlighting the deadly threat posed by microscopic bacteria lurking in these waters.

In North Carolina, three dogs died earlier this month after swimming in a Wilmington pond and becoming exposed to toxic algae. Their owner posted on Facebook that the dogs “contracted blue-green algae poisoning” after their swim, and that the algae killed the pets within a matter of hours.

Dogs also reportedly have died in Austin, Texas and Marietta, Ga. after swimming in algae-filled waters. Austin has warned pet owners not to let their pets swim in Lady Bird Lake as a result of algal blooms.

CBS 2 reports that the toxic algae also have been found in several New Jersey lakes this summer.

Experts say that the algae can form in different bodies of water.

“Cyanobacteria (also known as blue-green algae) are microscopic bacteria found in freshwater lakes, streams, ponds and brackish water ecosystems,” explains the Pet Poison Helpline on its website. “They can produce toxins (such as microcystins and anatoxins) that affect people, livestock and pets that swim in and drink from the algae-contaminated water.”

“While most blue-green algae blooms do not produce toxins, it is not possible to determine the presence of toxins without testing,” the helpline adds. “Thus, all blooms should be considered potentially toxic. Very small exposures, such a few mouthfuls of algae-contaminated water, may result in fatal poisoning.”

Dogs, in particular, are at risk of algal toxin poisoning, according to GreenWater Laboratories, which tests for harmful algal blooms.

“The most sensitive individuals to algal toxin poisoning are those that ingest cyanobacteria when they are in the water,” it explains on its website. “Many times, those individuals are dogs, since they are entering and exiting algal blooms at shorelines. It is a good idea to keep pets out of the water when cyanobacteria may be present.”

Symptoms to look out for after your dog has been swimming include vomiting, diarrhea, difficulty breathing and hyper-salivation.

A close-up shot of a blue-green algae bloom. (iStock)

“Harmful algae usually bloom during the warm summer season or when water temperatures are warmer than usual,” the Environmental Protection Agency explains on its website.

Scientists predict that harmful algal blooms will occur with greater frequency and intensity and more waterbodies as a result of climate change, according to the EPA.