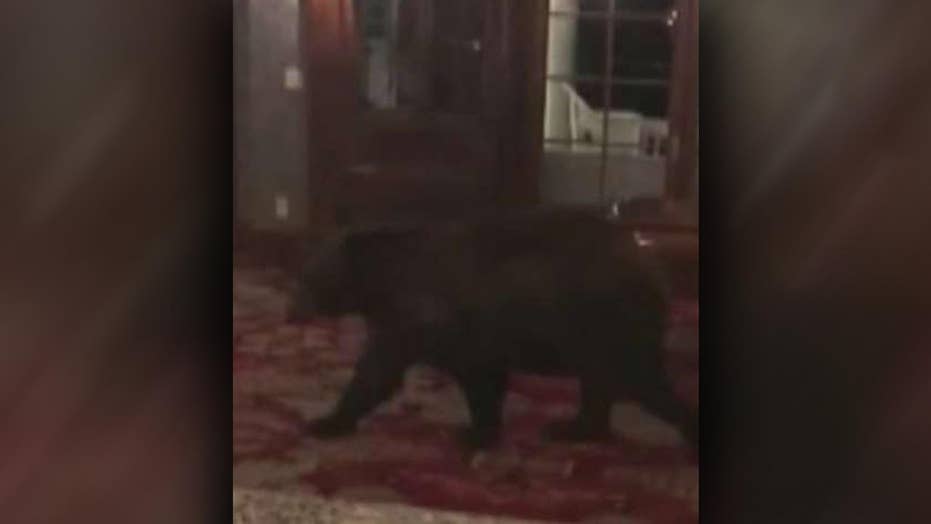 Bear wanders into 'The Shining' hotel in Colorado

Bear surprised staff at the Colorado hotel that inspired Stephen King's 'The Shining.'

Did this bear’s appearance in a Colorado hotel lobby make for a spooky sight?

The animal last week found its way into the Stanley Hotel -- which once inspired Stephen King to write “The Shining,” Fox 31 reported.

A front desk supervisor captured video of the romp, which took place as 300 guests were sound asleep, the station reports.

“Late night visitor from the wildside visits our hotel lobby. We'll make an exception to the rule about jumping on the furniture,” the hotel wrote on Facebook Thursday.

The bear apparently figured out how to pry open the lobby door, the report said, adding that nothing was damaged.

King recalled spending one night at the Estes Park hotel with his wife, Tabitha.

“We were the only guests as it turned out; the following day they were going to close the place down for the winter,” the author wrote on his website, describing their September 1974 stay. “Wandering through its corridors, I thought that it seemed the perfect—maybe the archetypical—setting for a ghost story.”

King added, “That night I dreamed of my three-year-old son running through the corridors, looking back over his shoulder, eyes wide, screaming. He was being chased by a fire-hose. I woke up with a tremendous jerk, sweating all over, within an inch of falling out of bed.”

He continued, “I got up, lit a cigarette, sat in the chair looking out the window at the Rockies, and by the time the cigarette was done, I had the bones of the book firmly set in my mind.”

Jack Nicholson and Shelley Duvall later starred in a 1980 big-screen adaptation directed by Stanley Kubrick. It wasn’t shot at the hotel.