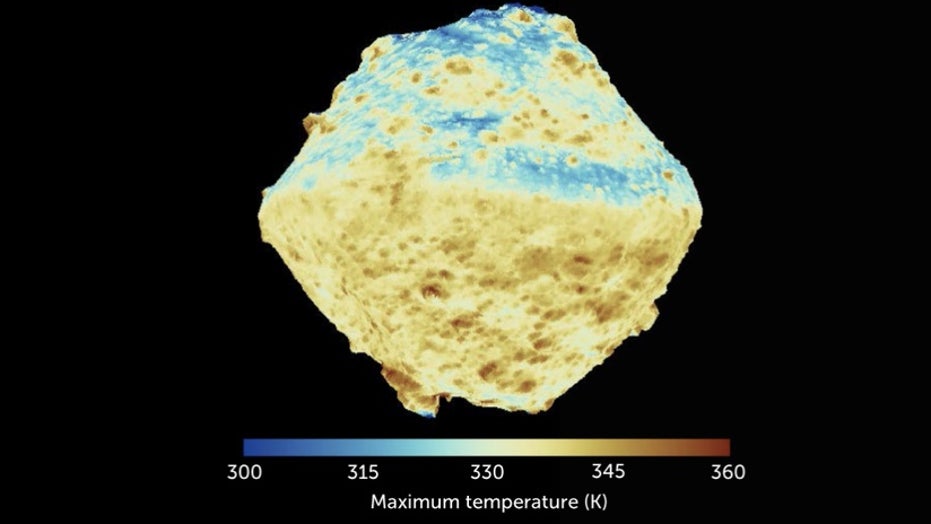 The asteroid Ryugu has a texture that is highly porous, new images from a Japanese space reveal.

“It is something like freeze-[dried] coffee,” planetary scientist Tatsuaki Okada of the Japanese Aerospace Exploration Agency explained to Science News.

Ryugu’s heat map shows that it’s about 50 percent porous, meaning half of it is holes, Okada and colleagues report. Even most of the asteroid’s large boulders appear porous.

NUCLEAR CONFLICT ANYWHERE ON EARTH WOULD CAUSE GLOBAL CROP CRISIS

Science News reports the airiness of the rock's texture fits with the idea that Ryugu is essentially a chunk of rubble created from the breakup of a larger mass about 700 million years ago.

“This might be common for the asteroids and even for planetesimals in the early solar system,” Okada says.

The researchers reported their observations Monday in the journal Nature.