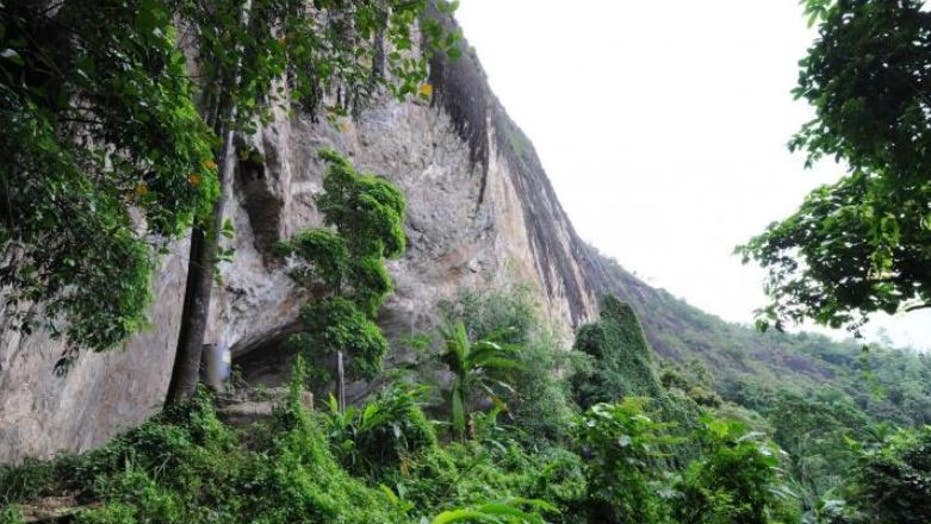 Beads, awls used to make clothing or nets, and arrowheads were found at the Fa-Hien Lena cave in southwest Sri Lanka. The discovery is the oldest evidence of archery to be found in the region and potentially all of Eurasia, according to a report published Friday in the journal Science Advances.

While it was known that early humans were living in South Asia during the Late Pleistocene epoch, the specific timing was unclear.

According to a press release put out by the Max Planck Institute for the Science of Human History (MPI-SHH) -- a contributor to the study -- the “origins of human innovation have traditionally been sought in the grasslands and coasts of Africa or the temperate environments of Europe.”

Co-author archaeologist Patrick Roberts explained in the statement that the "traditional focus" meant that "other parts of Africa, Asia, Australasia, and the Americas have often been side-lined in discussions of the origins of material culture, such as novel projectile hunting methods or cultural innovations associated with our species.”

However, in 2019 scientists released a study analyzing monkey and squirrel bones found in the island's same cave. Their work revealed that early humans had hunted the mammals.

Some of the bones in Fa-Hien Lena had already been made into tools, giving the researchers a clearer picture of how they were used and for what.

"The fractures on the points indicate damage through high-powered impact -- something usually seen in the use of bow-and-arrow hunting of animals," Griffith University's Michelle Langley said. "This evidence is earlier than similar findings in Southeast Asia 32,000 years ago."

While at Fa-Hien Lena, the archaeologists uncovered a total of 130 projectile points. Fractures and wear patterns on the points were then magnified under the lens of a microscope, making it clear they were too short and heavy to be used as blowgun darts.

In addition, the team noted that the length of the projectile points increased over time. They believed this showed that hunters eventually moved on to hunt larger game for their meals.

But weapons weren't the only relics discovered. The cave yielded decorative beads made from mineral ochre, shark teeth and marine snail shells. They estimated the beads are likely around 45,000 years old.

Roberts believes the beads are proof that the early humans in Sri Lanka were trading goods with other populations, developing social networks.

"These networks would be key to survival, as if climate change or other issues faced one population they could be supported by another, allowing our species as a whole to persist and thrive," he said.

The findings have since encouraged the scientists to explore coastal sites, looking for evidence of other early human trading partners.

"Humans at this time show extraordinary resourcefulness and the ability to exploit a range of new environments," said Nicole Boivin, director at MPI-SHH. "These skills enabled them to colonize nearly all of the planet's continents by about 10,000 years ago, setting us clearly on the path to being the global species we are today."