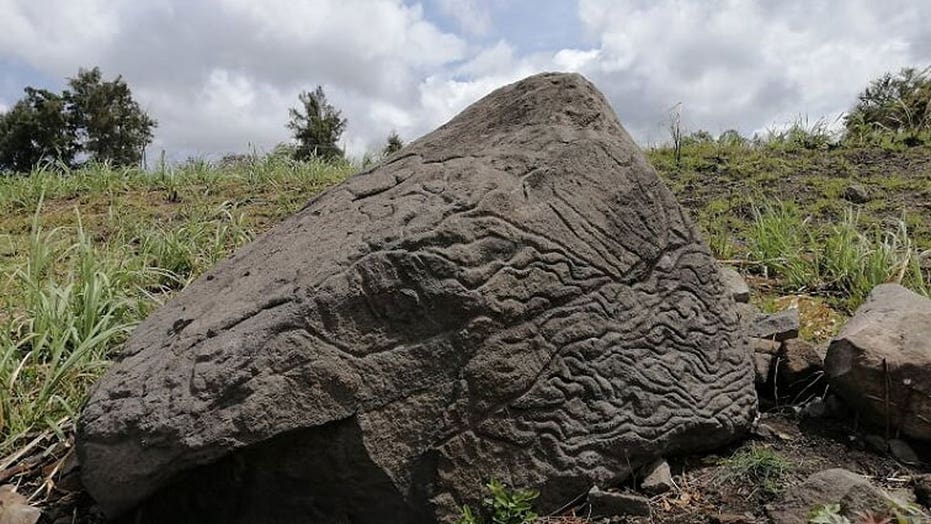 An elaborate 2,000-year-old "volcano map" has been discovered carved into a large volcanic rock in Mexico.

Experts from Mexico’s National Institute of Anthropology and History (INAH) recently analyzed the rock, which is on private land in Colima, Mexico. The basalt rock was the result of an eruption from a volcano 8.7 miles away. The eruption, they explained, occurred thousands of years ago.

Standing 5.6 feet at its highest point, the rock is between 7 and 9.1 feet wide and between 2 and 5.6 feet thick, according to INAH.

When archaeologists examined the rock, they found maps were carved into it. In a statement, INAH explained that the maps were used to manage the land in that area and also to pass knowledge from one generation to another.

By studying the carving techniques used on the stone, experts say that the work likely took place between 200 B.C. and 200 A.D.

Different engraving techniques were used to represent the volcano’s southern slope, which is furrowed by features such as rivers, runoffs and ravines, according to INAH. On the main surface of the rock, small cavities were carved to represent local communities.