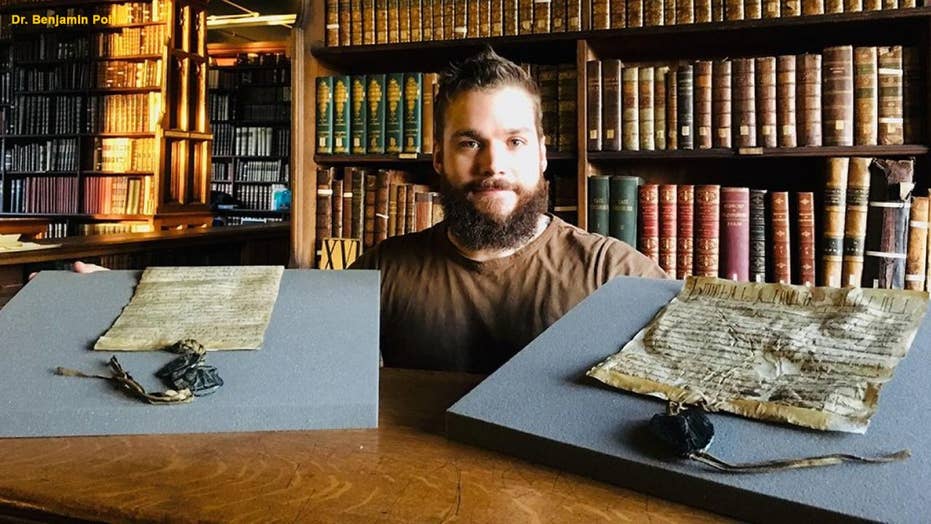 An extremely rare ancient royal charter was discovered in a cardboard box in the archives of Ushaw College Library, which is managed by Durham University in the United Kingdom. The charter dates back to March 1200, the first year of King John's reign in Britain.

An extremely rare ancient royal charter was discovered in an unlikely place by a researcher working in the United Kingdom.

It was found by Benjamin Pohl, who was at the Ushaw College Library in Durham on a visiting fellowship to study medieval manuscripts.

According to Durham University, the charter was written in what's known as "court hand" and was most likely prepared by a professional scribe, who might have been a member of the king’s government department or chancery.

The rare charter confirms the granting of possessions in County Durham, including the hamlets of Cornsay and Hedley Hill, to Walter of Caen and Robert FitzRoger, Lord of Warkworth and Sherriff of Norfolk and Suffolk, according to a press release from the university.

The original charter's discovery allowed researchers to compare it with a medieval administrative copy that's called a "charter roll."

The original listed a larger number of witnesses, which reportedly include several of the most powerful people living at that time in England.