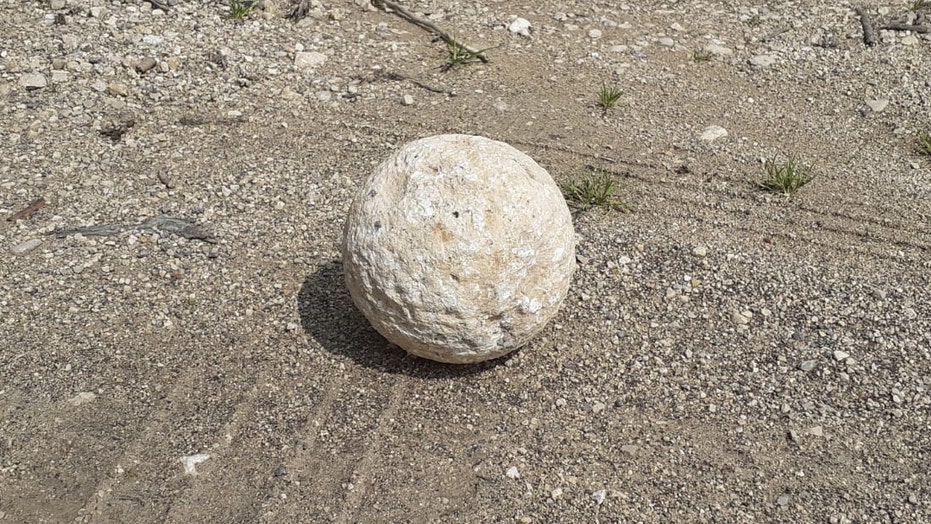 Edward Delatorre, head of NYPD Transit, comes into contact with hundreds of officers every day, according to the New York Post.

A man has returned an ancient Roman projectile that he took from an ancient site in Jerusalem 15 years ago. The thief cited the current coronavirus outbreak and a feeling that “the end of the world is near,” according to the Israel Antiquities Authority.

In ancient times, the 2,000-year-old stone was used as a missile fired from a Roman “ballista” weapon. The man, who is now 30, took the ballista stone from the City of David in the Jerusalem Walls National Park.

“The Israel Antiquities Authority heard about the repentance of this anonymous person via a post on Facebook by Moshe Manies, the person who took upon himself to be the go-between, to return the stone to the State Treasury without divulging the identity of the thief,” explained the authority, in a statement.

“It involved two ‘shababniks’ (rebellious youth), who, 15 years earlier, toured at the City of David site and came across a display of ballista stones, which were catapulted at fortifications,” Manies said in a statement. “One of the boys took one of the stones home. Meanwhile, he married and raised a family, and told me that for the past 15 years the stone is weighing heavily on his heart. And now, when he came across it while cleaning for Passover, together with the apocalyptic feeling the coronavirus generated, he felt the time was ripe to clear his conscience, and he asked me to help him return it to the Israel Antiquities Authority.”

The ballista stones at the City of David likely date back to the Roman siege of Jerusalem to the destruction of the Second Temple.

“The ballista stones which were uncovered at the City of David are most likely connected to the harsh battles between the besieged residents of Jerusalem and the soldiers of the Roman Legion, from around 70 CE – the year of the destruction of Jerusalem,” said Uzi Rotstein, Inspector at the Antiquities Robbery Prevention Unit at the Israel Antiquities Authority, in the statement.

Israel continues to shed new light on its rich history. An international team of archaeologists recently uncovered an ancient Biblical era temple within a large Bronze Age settlement in what is now National Park Tel Lachish.

In another project, an Iron Age temple complex discovered near Jerusalem is shedding new light on an ancient Biblical city.

In 2018, a trove of bronze coins, the last remnants of an ancient Jewish revolt against the Roman Empire, were discovered near the Temple Mount in Jerusalem.