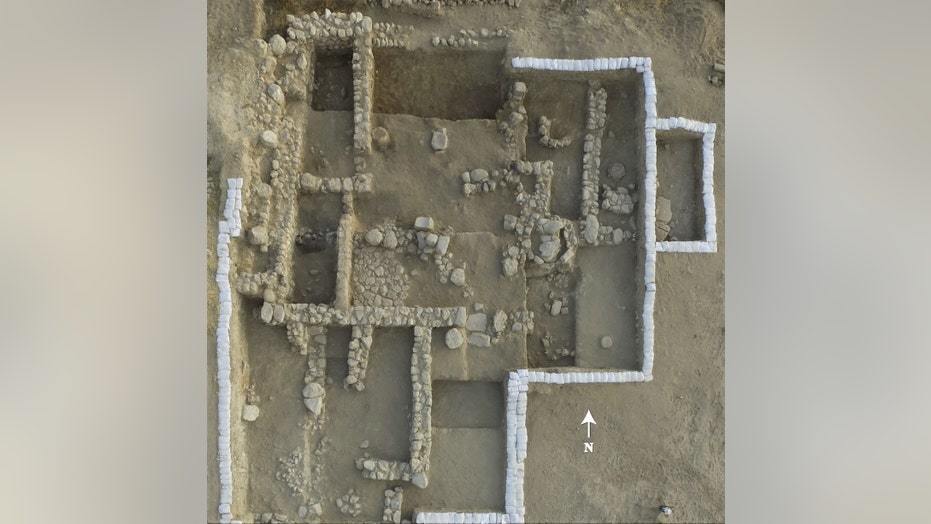 An international team of archaeologists has uncovered an ancient Biblical era temple in Israel.

The ruins of the Canaanite temple were discovered within a large Bronze Age settlement in what is now National Park Tel Lachish. The temple, which dates back to the 12th century B.C., was once part of the ancient Canaanite city of Lachish.

Professor Yosef Garfinkel of the Hebrew University of Jerusalem and Professor Michael Hasel of Southern Adventist University in Tennessee led a team of researchers that uncovered the temple.

Lachish was built around 1800 B.C., destroyed and rebuilt on a number of occasions over the following centuries, according to Hebrew University.

“The settlement is mentioned in both the Bible and in various Egyptian sources and was one of the few Canaanite cities to survive into the 12th century BCE,” it explained in a statement.

The city’s deliverance "into Israel's hands," for example, is described in the Book of Joshua.

The ancient Canaanite civilization, which created the first alphabet and is mentioned frequently in the Bible, has long fascinated historians.

"This excavation has been breath-taking,” said Garfinkel in a statement.  “Only once every 30 or 40 years do we get the chance to excavate a Canaanite temple in Israel.  What we found sheds new light on ancient life in the region. It would be hard to overstate the importance of these findings.”

A bronze cauldron discovered at the site. (Credit: T. Rogovski)

The temple’s layout is similar to other Canaanite temples that have been discovered in northern Israel, according to the archaeologists. Researchers also unearthed a host of artifacts from the site, including bronze cauldrons, jewelry inspired by the ancient Egyptian goddess Hathor, daggers and ax-heads decorated with images of birds and scarabs, which are ancient beetle-shaped carvings. A gold-plated bottle inscribed with the name of Pharaoh Rameses II was also discovered, along with two bronze figurines of armed “smiting gods” and a pottery sherd engraved with an ancient Canaanite script.

The piece of pottery bears the Hebrew letter “samech” marked by an elongated vertical line crossed by three perpendicular shorter lines. “This makes it the oldest known example of the letter and a unique specimen for the study of ancient alphabets,” explained Hebrew University in the statement.

The discovery is described in the journal Levant.

Israel continues to shed new light on its rich history. In another project, an Iron Age temple complex discovered near Jerusalem is shedding new light on an ancient Biblical city.