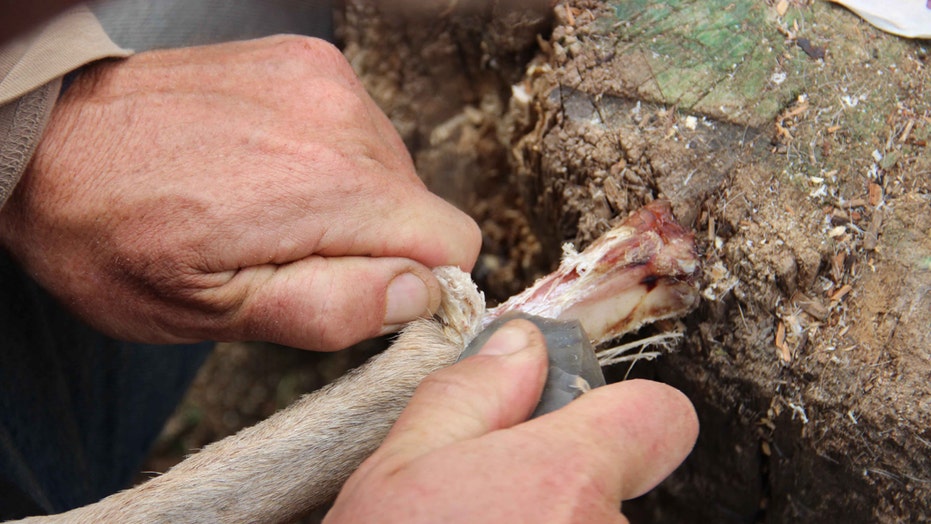 Researchers from Tel Aviv University and other scholars from Spain made the discovery at Qesem Cave, near Tel Aviv. The find provides evidence that early Paleolithic people saved the bones for as long as nine weeks before eating them.

“Bone marrow constitutes a significant source of nutrition and as such was long featured in the prehistoric diet,” Professor Ran Barkai said in a statement obtained by Fox News. “Until now, evidence has pointed to immediate consumption of marrow following the procurement and removal of soft tissues. In our paper, we present evidence of storage and delayed consumption of bone marrow at Qesem Cave.”

Ruth Blasco, the study's lead author, said the practice may have been related to the early humans' social and economic statuses.

“This is the earliest evidence of such behavior and offers insight into the socioeconomics of the humans who lived at Qesem,” Blasco added. “It also marks a threshold for new modes of Paleolithic human adaptation.”

Experts previously believed that people who lived during the Paleolithic era were "hunter gatherers who lived hand-to-mouth," according to the statement.

The researchers found that the bones were used as "cans," which were able to preserve the marrow for a long period of time. They were covered with skin for a period of weeks, which "enabled early humans to break the bone when necessary and eat the still nutritious bone marrow,” Blasco continued.

“Prehistoric humans brought to the cave selected body parts of the hunted animal carcasses,” one of the study's co-authors, Jordi Rosell, explained. “The most common prey was fallow deer, and limbs and skulls were brought to the cave while the rest of the carcass was stripped of meat and fat at the hunting scene and left there."

Rosell continued: We found that the deer leg bones, specifically the metapodials, exhibited unique chopping marks on the shafts, which are not characteristic of the marks left from stripping fresh skin to fracture the bone and extract the marrow.”

The study has been published in the Oct. 9 issue of Science Advances.