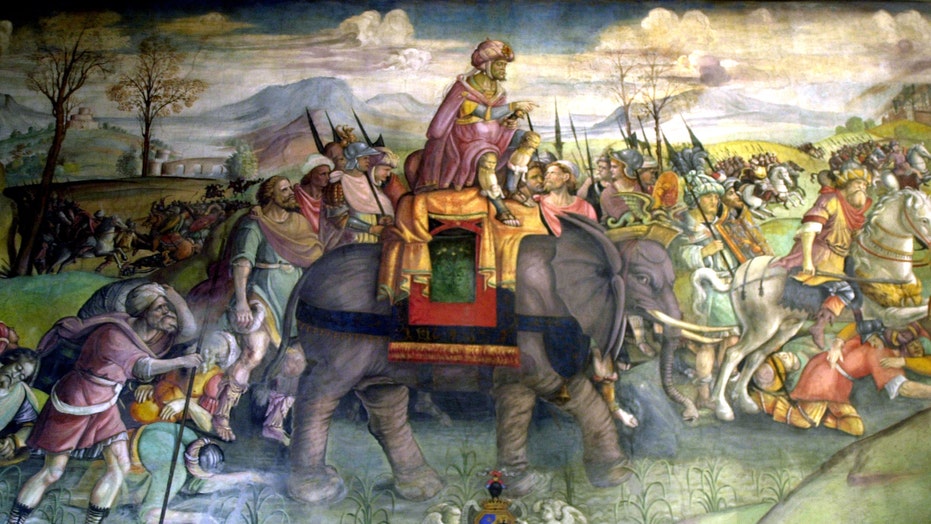 An ancient battlefield believed to be the site of Hannibal’s first major victory has been discovered in central Spain.

The Carthaginian general famously led his army and dozens of elephants to invade Italy. His audacious trek across the Alps occurred during the second Punic War against Rome, which lasted from 218 B.C. to 201 B.C.

Before his invasion of Italy, however, Hannibal fought a number of engagements in what is now Spain. A site near Driebes in the province of Guadalajara has now been identified as the possible location of the Battle of the Tagus in 220 B.C., according to experts.

Spanish news site ABC reported that the location of the battle has long been a mystery, with a number of different locations suggested. Now, however, archaeologists have identified a site on a pre-Roman road that crossed the river Tagus near the ancient settlement of Caraca.

Researchers think that the site also offered Hannibal and his outnumbered troops a key tactical advantage, according to El Pais. Hannibal, regarded as one of the foremost military tacticians of the ancient world, cleverly placed his 25,000-strong Carthaginian army and 40 elephants in defensive positions on the bank of the river Tagus to defeat a 100,000-strong force of local tribes.

In their study, the experts explained that Hannibal’s army was returning to its base Qart Hadasht, which is now the modern-day Spanish city of Cartagena, after conquering the city of Helmantica (now modern-day Salamanca). Laid down with the spoils of war, Hannibal’s forces would have taken the fastest route back to Qart Hadasht, researches said, which would have taken them across the Tagus near Driebes.

Temporarily stable fords are also a feature of that part of the river Tagus, according to researchers. Local tribes are believed to have used the fords to attack Hannibal’s forces, effectively entering into a trap where they were picked off by the Carthaginian troops.

Researchers also identified the remains of a square or quadrangular structure at the site, believed to be part of a palisade designed to force the tribes through two of the fords over the Tagus.

In a translation of the research paper, experts also noted that what appears to be a moat was discovered near the structure. “There is a depression of about one meter [3.28 feet] as a channel on both the N [north] and W [west] edges of said quadrangular structure,” they explained. “This channel or depression could be associated with a moat excavated before the battle.”

Other clues into Hannibal’s military campaigns have been uncovered in recent years. In 2016, scientists revealed that they may have unlocked one of the great puzzles of the ancient world, analyzing microbes from horse manure to discover where Hannibal and his army crossed the Alps.