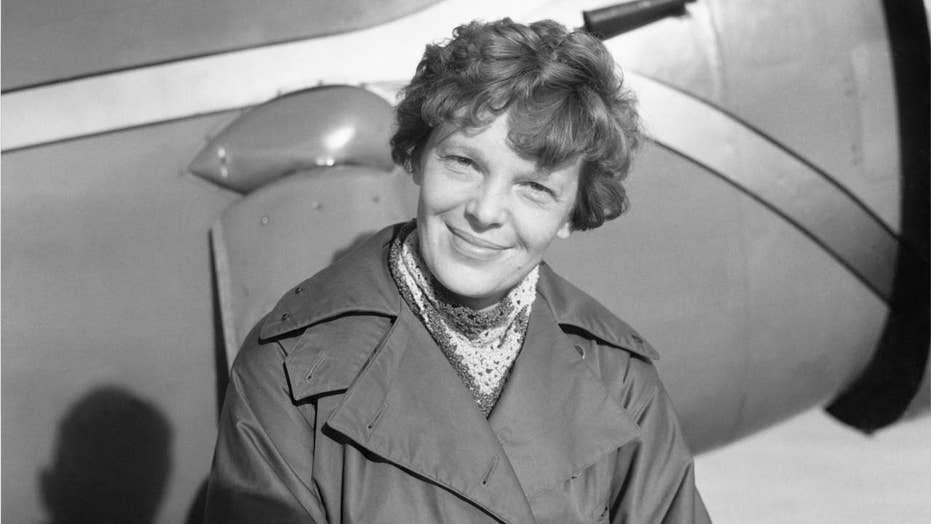 The 81-year-old mystery surrounding American aviator Amelia Earhart’s disappearance has baffled sleuths for decades, but a U.S. forensic expert has published new evidence in ‘Forensic Anthropology’ that bones discovered on Nikumaroro Island may be hers.

A scientific study claims to shed new light on the decades-long mystery of what happened to Amelia Earhart.

Richard Jantz, an emeritus anthropology professor at the University of Tennessee, argues that bones discovered on the Pacific Island of Nikumaroro in 1940 were likely Earhart’s remains. The research contradicts a forensic analysis of the remains in 1941 that described the bones as belonging to a male. The bones, which were subsequently lost, continue to be a source of debate.

Earhart, who was attempting to fly around the world, disappeared with navigator Fred Noonan on July 2, 1937, during a flight from Papua New Guinea to Howland Island in the Pacific.

The first woman to fly solo across the Atlantic Ocean, Earhart was one of the most famous people in the world at the time of her disappearance. Thus, a number of theories have emerged about her fate.

One well-publicized theory is that Earhart died a castaway after landing her plane on the remote island of Nikumaroro, a coral atoll  1,200 miles from the Marshall Islands. Some 13 human bones were found on Nikumaroro, also known as Gardner Island, three years after Earhart’s disappearance.

In 1941, the bones were analyzed by Dr. David Hoodless, principal of the Central Medical School, Fiji. However, Jantz says that modern analysis techniques may have delivered a different result, particularly with regard to gender.

“When Hoodless conducted his analysis, forensic osteology was not yet a well-developed discipline,” he explains in a paper published in the journal Forensic Anthropology. “Evaluating his methods with reference to modern data and methods suggests that they were inadequate to his task; this is particularly the case with his sexing method. Therefore his sex assessment of the Nikumaroro bones cannot be assumed to be correct.”

Hoodless used 19th-century forensic science and described the bones as possibly belonging to a “short, stocky muscular European,” according to Jantz. The 1941 analysis described the remains belonged to a male around 5'5.5".

Earhart’s pilot’s license, however, recorded her height as 5'8" and her driver’s license as 5'7". Photos also show Earhart’s slender frame. Noonan was 6'¼."

Jantz says that the subpubic angle is the most reliable of Hoodless’ criteria, but even that is “subject to considerable variation, much of which was little understood in 1941.”

The scientist also compared Hoodless’ measurements to data from 2,776 other people, as well as studying photos of Earhart and her clothing measurements. “This analysis reveals that Earhart is more similar to the Nikumaroro bones than 99 percent of individuals in a large reference sample,” said Jantz. “This strongly supports the conclusion that the Nikumaroro bones belonged to Amelia Earhart.”

Sept. 9, 2011: An original, unpublished personal photo of Amelia Earhart dated 1937, along with goggles she was wearing during her first plane crash are seen at Clars Auction Gallery in Oakland, Calif. Another set of her goggles sold several years ago for more than $100,000. (AP Photo/Ben Margot)

Jantz told Fox News that that 2,776 individuals used in the reference group were all Americans of European ancestry. They lived during the last half of the 19th century and most of the 20th century, he added.

Despite Jantz’s skepticism about the 1941 analysis of the bones, some modern scientists have backed up the Hoodless results.

While some people are convinced that Nikumaroro is Earhart’s final resting place, another theory suggests that she met her end on Mili Atoll in the Marshall Islands.

Last year, controversy swirled around a photo that was touted as providing a vital clue as to Earhart’s fate.