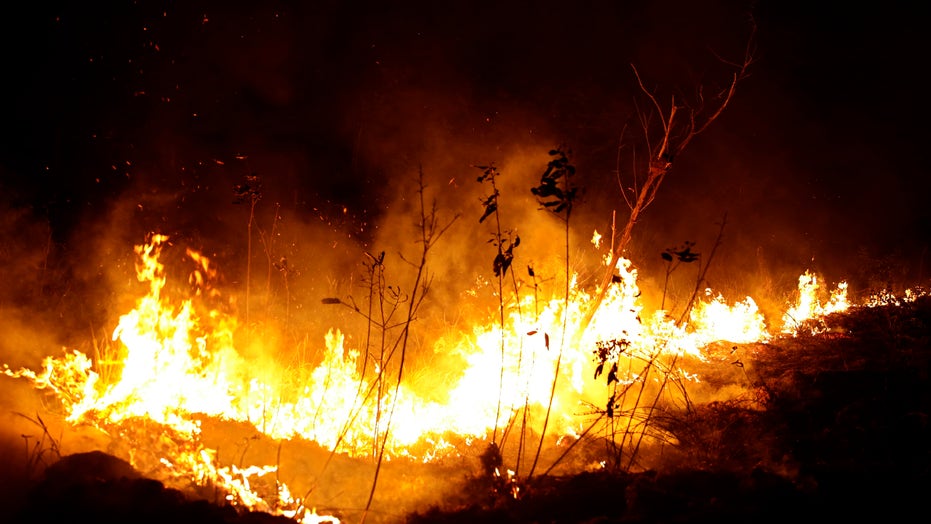 The fires burning in the Amazon rainforest are exceedingly hot, according to a new report from NASA.

New images released by NASA show areas in Brazil and Bolivia where the surface temperatures exceeded the maximum measurable temperature of the instrument's sensor -- about 220 degrees Fahrenheit -- showing the parts that are burning along the fire fronts.

The darker areas indicate thick smoke, which obscures much of the fire from view, according to the space agency.

NASA's ECOSTRESS captured a snapshot of fires burning in the Bolivian Amazon on Aug. 23, 2019.

The blazes that have been ongoing for more than three weeks have captured the world's attention and prompted an outcry over deforestation and land use in the biodiverse region.

The international community has pleaded with Brazil's government, led by President Jair Bolsonaro, to do more to fight the fires. After previously saying he would reject an offer of $20 million in aid to battle the blazes, Bolsonaro seemed to reverse himself.

Most recently, the right-wing leader has instituted a 60-day ban on the setting of any land-clearing fires in the country, according to The Financial Times.

The rainforest, which is twice as large as the country of India, is home to at least 10 percent of the world's biodiversity.

"It's a catastrophe of huge proportions," Dr. Deby Cassill, an associate professor in USF's Department of Biological Sciences, told Fox 13 about the devastatlon.